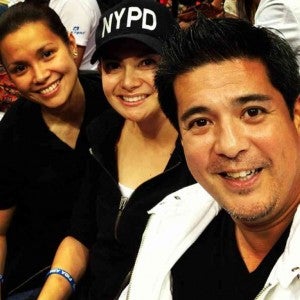 WITH Charlene Gonzalez and Aga Muhlach, who invited me. FACEBOOK

The crowd’s screams and the flags, big and small, that they held up at the SM Mall of Asia Arena on Friday night expressed what the entire country had been chanting since the tournament started on Aug. 1. Laban Pilipinas! Puso! A bigger heart than that of the Gilas Pilipinas team could not be found.

I had gone on the invitation of friends Aga and Charlene Muhlach, and sat only a couple of rows away from the court, for the Philippine team’s battle against Kazakhstan. Seated behind me was PBA (Philippine Basketball Association) legend Robert Jaworski. For this quarterfinal match, there were quite a few celebrities in attendance: Vic Sotto (whose son-in-law Marc Pingris saw court action that night), Pauleen Luna, Bayani Agbayani, Ogie Alcasid, Bianca Gonzalez and Marvin Agustin. Photo ops aside, everyone was there for one reason, one purpose: To cheer our boys to victory.

Before the game began, balloons and T-shirts were distributed to everybody, after which a few “waves” started in the rafters. It was fun to watch as the unified undulation of the crowd went around and around the arena. It was obvious that everybody was excited.

Charlene, a star basketball player in high school and college, knew the entire roster by heart. At that point, I had no idea who were on the team, who was playing which position, or who came from which PBA team (I still don’t, but that did not take away from my enjoyment). When the team was warming up on the court, Charlene would point out who was who, all of which flew right over my head. It wasn’t until the game officially began, that I started figuring it out.

Once the game started, the arena was electrified. At many points, cheers filled the playing space; they grew particularly loud whenever someone scored a basket. I can’t say that any single player stood out, as each one was a lot of fun to watch, whether he was playing some mean defense or running at breakneck speed to make a basket. 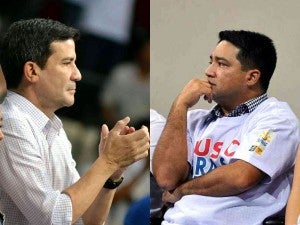 But definitely most amusing was hearing Tito Sonny (Jaworski) throughout the game calling out directions, passionately, from his seat. “Eyes on the ball!” “Arms up, arms up!” “Get closer!” “Shoot, shoot!” Once a coach, always a coach, I guess.

Every couple of minutes, I felt a wide smile spread across my face, and had to lean on Charlene to keep from breaking into laughter. I wondered if the team could actually hear him. I’d like to think that his mere presence inspired them.

We all glanced up at the score intermittently. All throughout, Gilas was in the lead, but the points would change at the end of each quarter. It was stressful when the difference shrank, and thrilling when it swelled. Imagine how big everyone’s smile was by the end of the fourth quarter. Gilas won by 30 points that night. They would play against South Korea in the semifinals!

Because of “The Voice of the Philippines,” my TV set wasn’t tuned to the game against South Korea, save for the first quarter. I had to depend on news from Twitter to update myself on the situation at the MOA Arena, which thankfully was great for Gilas. Many tears were shed, and much heart worn on the sleeves of every single Filipino inside the arena. Our team made it! For sure Gilas was heading to Spain! Whatever happened after would be icing on the cake. 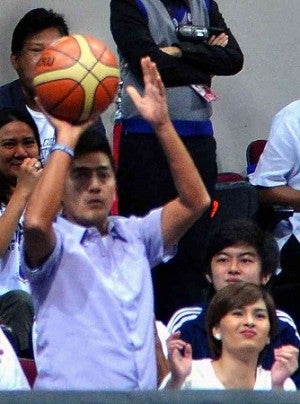 Sure, the Philippine team lost on Sunday to Iran, but that really didn’t matter, at least not to me. The successes that this team achieved at this FIBA Asia tournament were huge. They came together from different backgrounds, different home bases, different teams, to serve one goal, one purpose: to represent our country and play with heart, courage and determination.

To everyone in Gilas Pilipinas, I give my heartfelt congratulations. Amidst everything else our country is going through, you have shown what unity, perseverance and hard work can overcome. A grateful nation says, “Thank you, from the bottom of our hearts.”

Now, regarding “The Voice,” we have one Battles episode left before we get to the Live Shows. All the teams are gearing up and now, audiences watching at home can really have a say in the outcome of the competition. Once I have details, I’ll tell you how to participate. Stay tuned!