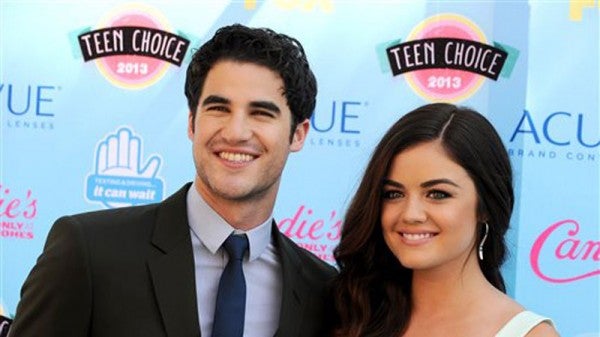 Lucy Hale (right) and Darren Criss arrive at the Teen Choice Awards at the Gibson Amphitheater on Sunday, August 11, 2013, in Los Angeles. AP

With categories including best lip lock and male hottie, the Teen Choice Awards aren’t exactly profound, but what they lack in depth they make up for in passion from their fans.

This year’s winners will be announced Sunday night. The teens’ picks will take home a full-size surfboard rather than a conventional trophy.