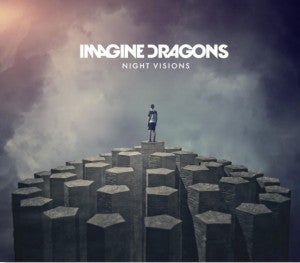 Imagine Dragons was already a seasoned band even before most of us had heard of their Alternative-Pop hit “It’s Time” being played in numerous radio stations, movie trailers and even portions of it used in commercials. The band itself has been actively gigging in the Indie circuit and releasing independently produced EP’s since 2008.

By the time they were signed to Interscope Records in 2011, you could say they were already “ripe for the picking” and ready to make a grand entrance with what will be the chosen lead single from their debut album ‘Night Visions’ to enter into the Billboard 200. In a relatively short time, Imagine Dragons has made a resounding impact in commercial sales in international markets as well. Naturally, that got people talking about this band and wanting to learn more about the band’s beginnings.

Well, what most of us know by now is that Imagine Dragons is also another band that hails from Las Vegas and of course has been compared to another great native band from that area and that is none other than The Killers. The two aforementioned former Indie bands have been compared frequently to each other just because they happen to originate from the same place but their performing style, musical influences and how they put emphasis on the creation of their songs set them apart from each other.

There are distinguishable differences between the two bands musically and not only on “paper.” For one, Imagine Dragons have successfully incorporated their folk influences from their Indie roots into their mainstream songs when it comes to the usage of instruments strongly identified to Folk music and the range of themes they explore. Plus, Imagine Dragons have jam-packed their debut album with so many arena-sized anthems that ‘Night Visions’ comes off as an “all killer, no filler” type of record. These are all valid points that can be raised as to why this band has become successful thus far and why they have gotten almost universal critical acclaim.

Here is my review of the best tracks of “Night Visions.”

Track.1 “Radioactive” – The album opener sets the tone and the expectation level of the listener for the rest of the tracks of ‘Night Vision.’ It is Electronic based, with the inclusion of the piano heard on the background. Its theme is a bit dark since the lyrics of lead vocalist Dan Reynolds speak of a vision of a post-apocalyptic world and the surviving population being left to deal with the effects of our “irresponsible” actions on “mother earth.” This is what I mean by the range of themes this band explores and these are some deep stuff.

Track.3 “Tiptoe” – This started off okay until the production value which resembles more a synth-heavy dance track turned into an average track worth a few spins. I think the producer “Alex Da Kid” may have relied too heavily on turning the sound of Imagine Dragons into a modern everyday sounding band.

Track.4 “Demons” – An introspective look into one’s self and looking for answers when you are virtually surrounded by evil everywhere. That is the message I got listening to this track a few times in a row. You rarely get to hear songs like this anymore. While it can be a bit dark because of the effect of the slow drum-infused beat in the chorus and the faint sound of a keyboard riff in the background, those effects are all necessary in delivering a clear message of the spirituality of Lead Vocalist Dan Reynolds.

Track.5 “On Top of the World” –  At first listen, it does sound like a recycled OneRepublic song but the differences in how the song is structured is what makes this one of the better tracks of the album. The lyrics are playful and there is a bounciness in the beat that makes it easily one of the catchiest to sing along to for the fans of the band. This is another track from ‘Night Visions’ that has received significant exposure through all available avenues which has helped increase the band’s growing popularity even more.

Track.7 “Hear Me” – Think of a Killers track from their debut album ‘Hot Fuss’ and take away the vocal presence of Brandon Flowers and that is essentially what you have here. It is tracks like these that keep fans comparing the two popular and critically acclaimed bands to each other. But that isn’t necessarily a bad thing as both bands have helped turn Las Vegas into a growing hotbed for indie-bands to watch out for in the States. 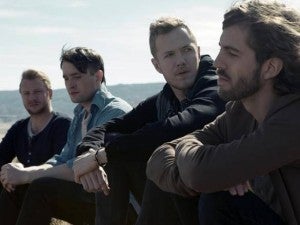 Track.9 “Bleeding Out” – Relies on a heavy dance-beat to keep listeners easily attuned. “Bleeding Out” may be one of the most danceable and modern sounding tracks in ‘Night Vision.’ It is also one of the most heartfelt in its lyrics but the production hides it to a certain degree and because of that, you don’t really get to feel the real intended “weight” of the words of lead vocalist Dan Reynolds had to say in this one.

Track.11 “Nothing Left to Say” – This track probably has the most usage of diverse instruments in a single track. “Nothing Left to Say” utilizes trumpets, cellos, and a combination of the acoustic and electronic guitars. The duration of this song reaches a whopping 6:33 minutes and this is the track wherein they don’t hold anything back for the listeners. I choose this to be the absolute best track in the entire ‘Night Visions’ album. Compared to the other tracks, this doesn’t feel like it was cut short or rushed in the recording process. I do see, though, that the running time of this track might become a problem to play in its entirety in radio stations without it being heavily edited or released as a radio edit version of it.

If you are searching for a band that will not only offer you much needed diversity but also a fresh take on old themes, and an overall great listening experience to boot, then ‘Night Visions’ is the album for you. Imagine Dragons has helped erase the notion that an indie band that had its roots in Folk music can’t make it in the mainstream scene of today. Imagine Dragons have proven otherwise they definitely can. On top of that, they sound exceptionally well in their Alternative-Rock and Electronic-Pop laced tracks while keeping enough elements of their Indie sound intact.

I know this album has been available in the States and other countries for purchase since mid-2012 but it is only recently that it has finally reached the international market here in the Philippines.