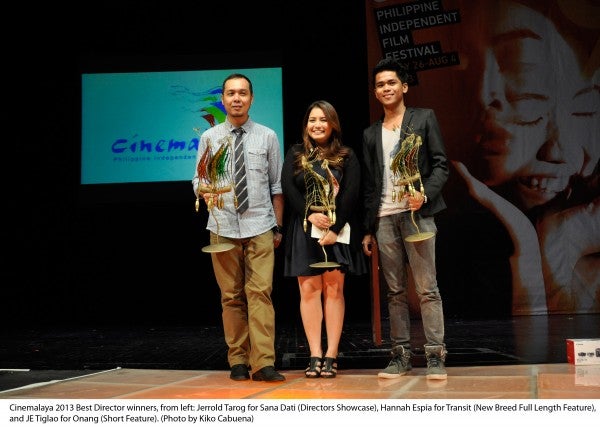 Santos was cited by the jury “for her bold decision to deglamorize herself and play a lowly . . . bit player.”

Santos, however, was unable to attend the awards ceremony held at the Cultural Center of the Philippines Sunday night.

In a text message, Santos told the Inquirer that winning feels like “heaven . . . especially since it’s for my first indie film.”

“Ekstra” won the Netpac prize and the Audience Choice honor, too. 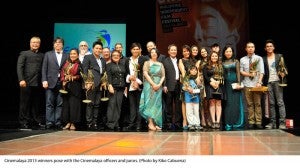 The other awards of “Ekstra” are special jury prize, best supporting actress (for Ruby Ruiz) and best screenplay (for Zig Dulay, Antoinette Jadaone and Jeturian) in the Directors’ Showcase category.

Special jury prize in the New Breed section went to Eduardo Roy’s “Quick Change,” which also won best actor for Mimi Juareza, a real-life transgender just like the character he portrays in the film.

Juareza wore a stunning blue gown for the occasion. He was cited by the jury for “his bold take on a gender-bending role.”

Another gender-bending role won for Joey Paras the best supporting actor award for his work in “Babagwa” in the New Breed section.