Two steps forward, one step back

Progress in local show business is turning out to be a chancy and dicey proposition, with practitioners all too often taking two steps forward—and one step back!

When will we learn to retain and sustain the gains of the past, and not end up periodically shooting ourselves in our collective foot?

To start off, we were happy when, after four long years, the Supreme Court finally nixed the “inserted” National Artist awards for three undeserving “winners.”—But, just days after the welcome news came out, the NCCA announced that deliberations on the next batch of awardees have been resumed. 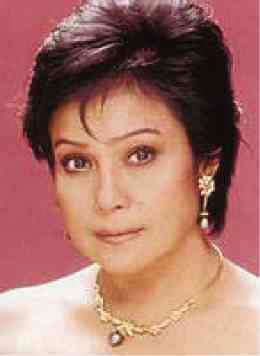 —Hey, not so fast! The awards have been deemed flawed and controversial not just due to the latest round of tainted presidential “insertions,” but because other aspects of the selection process have been found deficient, unreliable or otherwise subject to review and reform.

So, why pretend that the situation is now hunky-dory, so it’s back to business as usual? Focus instead on discussing and effecting those much-needed reforms, or else we could end up making more of a mess of an already confounding situation.

Over at the Metropolitan Theater, we’re happy to hear that some progress in the iconic performing venue’s restoration has been made. —On the other hand, the Met’s basic problems are still not being addressed, like who will pay for the debt that has accrued through the years.

We submit, to bring up just one more factor, that the old Met’s elitist orientation was wrong, because the venue is situated in the Sta. Cruz-Quiapo area, which means that it’s accessible by public transportation, and can thus be easily patronized by students coming from the University Belt close by.

So, enough of the elitist mind-set, and make the Met genuinely masa-friendly— which is what it should have been in the first place.

On the acting front, it’s great to see that top thespians Vilma Santos and Nora Aunor have come out of semi-retirement and are headlining important projects, like Vilma’s current Cinemalaya film, and Nora’s TV5 teleserye—and movie with her “signature” screen partner, Tirso Cruz III.

—Unfortunately, the much-anticipated Nora-Tirso film’s production is being delayed by Nora’s not feeling very well these days, and by her plan to go to the States for a month to see if the damage done to her singing voice by a medical procedure gone wrong can be reversed.

We join others in praying that she will be able to sing again (as our national “Ibong Adarna,” she must!)—but, we should also be able to view her comeback movie with Tirso this year! —That would be taking two steps forward—no more backtracking, please.