Look at all those stars in the fest! | Inquirer Entertainment
Close
menu
search

Look at all those stars in the fest! 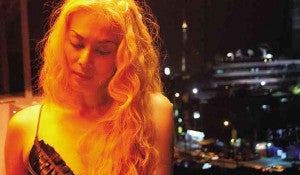 Organizers are the first to point out that 2013 is the most star-studded edition of the Cinemalaya, which opens tonight at the Cultural Center of the Philippines.

“Ekstra” could win the “casting coup” award, if one is up for grabs. Apart from Santos in the lead, it boasts cameos by Piolo Pascual, Marian Rivera, Pilar Pilapil, Richard Yap, Cherry Pie 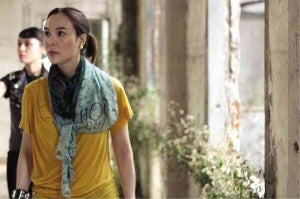 GRETCHEN Barretto in “The Diplomat Hotel”

Will these big names expand the fest’s fan base without alienating loyal viewers?

Christopher Ad Castillo, director of “The Diplomat Hotel,” remarked: “This year is an experiment, with all these mainstream actors. Will the hardcore indie fans accept them?” 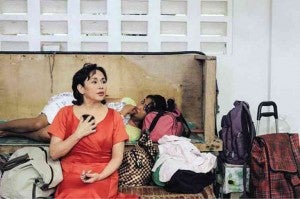 Actress-director Laurice Guillen, Cinemalaya’s competition director, described mainstream stars who cross over to the indie scene as “thinking” actors. “They study what the masses want. They want to be part of the indie scene, which they find exciting and which allows them to portray roles that are out of the box.”

Chris Millado, festival director, agreed: “Commercial films have become predictable for some stars. They are looking for new material that can invigorate or redefine their craft as actors.”

Guillen explained, “Like Cinemalaya, these stars want to arrest the decline of the film industry… by infusing the industry with new blood, discovering new filmmakers [and] listening to their statements.”

Cinemalaya offers “liminal” space which straddles the mainstream and indie scenes (now known as “maindie”), said Millado. “This allows stars to stretch their range and experiment with a variety of roles.” 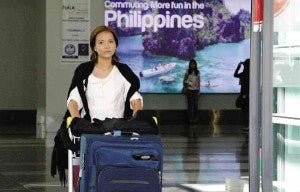 The cross-pollination between indie and mainstream has had positive effects on actors from both worlds.

Cesar Evangelista, director of “Amor y Muerte,” was impressed by the commitment shown by his cast. “On his own, Markki found a tutor to help him speak 16th-century Spanish. Kuya Manzano volunteered to shave a portion of his head, to look authentic as a Franciscan friar.”

Joey Paras took similar drastic measures, according to “Babagwa” director Jason Paul Laxamana. “Joey was serious about his work. He shaved part of his head. He was willing to look deglamorized. He even got a tattoo. Those details were not in the script; they were his own ideas.” 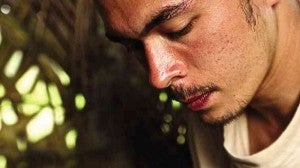 Director Joseph Israel Laban said Cuenca pushed himself to the limit for “Nuwebe,” as did costar Nadine Samonte: “Jake essayed a role that required a wide spectrum of emotions. Nadine was willing to cross the line, which her wholesome TV image didn’t allow previously.”

“Debosyon” director Alvin Yapan said of lead star Avelino: “He has matured a lot since ‘Ang Sayaw ng Dalawang Kaliwang Paa’ (Cinemalaya 2011). I felt that I was collaborating with a fellow artist … we had discussions on film and filmmakers. It was liberating.”

Jeffrey Jeturian, director of “Ekstra,” has but one wish: “I hope it was a rewarding and fulfilling experience for Vilma, so she wouldn’t hesitate to go indie again.” 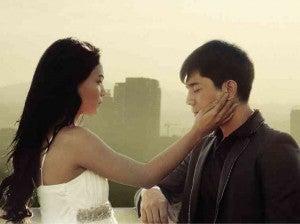 The presence of mainstream stars need not be a step backward, said Castillo. “The fest has to evolve and producers need to make profit so they can keep funding films. We have to let mainstream [artists] know that they’re invited to be part of this … that art and commerce can mix and be successful… that they can come over and have a good time… that indies don’t bite.”

“Stars don’t want to remain stagnant. They welcome the challenges of an indie film,” Guillen said.

Why did it take nine years before Barretto, long-time partner of Cinemalaya’s main benefactor Tonyboy Cojuangco, took the plunge? 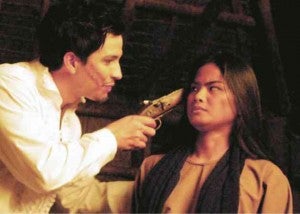 “No one offered her a part until now,” Guillen said.

Millado didn’t think the ever-controversial Barretto’s connection would stir intrigues at Cinemalaya—especially come awards night on Aug. 4. “Gretchen already had a career as an actress before Cinemalaya and Tonyboy,” he said.

(Cinemalaya will run until Aug. 4 at the Cultural Center of the Philippines in Pasay City, TriNoma Mall in Quezon City, Greenbelt 3 Mall in Makati City and Alabang Town Center in Muntinlupa City.)