Five filmmakers, all tried and tested pros, bravely (and, for us, bewilderingly) put their names on the line for the coveted trophy called Balanghai.

For casual observers, it would look like the filmmakers participating in this year’s Directors’ Showcase section of the Cinemalaya Philippine Independent Film Festival have nothing more to prove.

Known for the indie film “Kubrador,” Jeffrey Jeturian directs the top-rating daily soap “Be Careful with My Heart,” which will be turned into a movie soon.

Jerrold Tarog has crossed over from indies to mainstream fare like “Shake, Rattle & Roll 12 (Punerarya)” and “Aswang.”

A Cinemalaya regular, Adolfo Alix Jr. just returned from Cannes, where his “Death March” was an entry in the Un Certain Regard section.

Gil M. Portes has won a slew of citations since joining the biz in 1976—including a Balanghai for “Two Funerals” in 2010.

In this year’s batch, it is Cesar Evangelista who has had the longest break from directing—but he did four films with Regal Films in the 1990s. 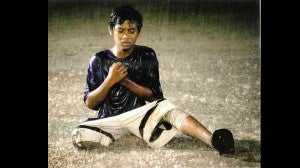 So why were they lured by the call of the Balanghai?

Jeturian, who fielded the Vilma Santos starrer “Ekstra,” put it succinctly: “My work as a TV director puts food on the table. My indie films satisfy the cravings of my soul.”

His previous Cinemalaya winner, “Bisperas” (2011), was darker and more somber. “Ekstra” takes a humorous yet scathing look at the local entertainment industry as seen through the eyes of a lowly bit player.

People who are not from the industry think show biz is “all about fun, ego gratification and glamour,” Jeturian said. “A lot of them would eagerly volunteer to be an extra, to enjoy their 15 minutes of fame. This film will debunk their illusions about the industry.”

Casting a popular star as a put-upon extra is the film’s biggest pride and punch line. “Ekstra” is Santos’ first indie film and could be a watershed moment for Cinemalaya, which is on its ninth year. 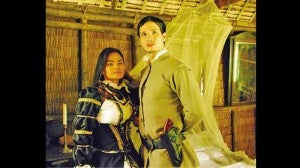 “We hope to prove that indie and mainstream can blend successfully, that indie can be accessible to the mainstream audience, as well,” said Jeturian.

Will “Ekstra” result in the union of those two worlds and, ultimately, in what festival director Chris Millado calls the “maindie?” Then again, as Millado pointed out, there are entries that are thoroughly and stubbornly indie in spirit.

Case in point: Tarog’s entry, “Sana Dati,” can be summed up as antirom-com—a statement against a genre currently dominating the tills.

“The script’s first draft was written seven years ago,” Tarog said. “Back then, I just wanted to tell a story about flawed people making flawed decisions, within the genre of a love story.”

At the time, he explained, romantic-comedies were the top box-office draws. “I wanted to do an antithesis of what we often watched onscreen. Seven years later, rom-coms are still doing brisk business.”

His hope is that “Sana Dati” would “serve its original purpose.”

produced by GMA Films’ Joey Abacan. “I’m proud of the cast we assembled for this film. The script was designed so that each character, even the supporting players, would have their own moments.”

Tarog, who first joined the fest in 2009 with “Mangatyanan,” remarked: “Cinemalaya is still a venue for films that matter.”

Evangelista, who entered the historical drama “Amor y Muerte,” agreed that Cinemalaya allows directors “to create films the way they want [it made]. No need to compromise their artistic integrity.”

Period films are generally dismissed as a risky proposition at the tills; they’re also challenging to mount. “We had to recreate 16th-century Philippines with our meager budget. Before the start of the shoot, I heard a lot of comments that we would have a hard time,” Evangelista recounted.

This filmmaker, who edited entertainment magazines in the past, isn’t the type to shirk any challenge. “I feel it’s important to tell this story. Filipinos will learn something about our past, about our ancestors’ values, views, beliefs,” he said.

Evangelista and scriptwriter Jerry Gracio were inspired by their readings. “Jerry was into Sr. Mary John Mananzan’s anthology on Filipino women in the 16th century. At that time, I was teaching Philippine art history and used a William Henry Scott book as reference.”

Angel is not just any trannie; she’s a Club Mwah show gay. “She attended rehearsals and did an intensive character study. The shoot at Club Mwah was fun. But we had to capture the complexities of the [venue’s] lighting and location.”

A real-life story likewise formed the basis of Portes’ “Liars.” Portes explained that his entry was “inspired” by a 1992 scandal involving Filipino kids who won a world championship in baseball—only to be exposed as overage. He  recounted: “I heard about that when I was in the United States. Filipino-Americans were so proud when the Zamboanga kids won in Pennsylvania.”

When the anomaly was revealed, not a few Filipinos were devastated.

For Portes and his writer, Senedy Que, the controversy proved to be a treasure trove of possibilities. “It’s sad. The kids’ lives were ruined just because of one person’s dishonesty and greed,” Portes said. “It’s a very basic dilemma in our society. All our problems stem from corruption. So I was compelled to tell this story.”

In casting the young baseball team, Portes relied heavily on the auditions previously called by the festival. “We found nonprofessional actors from underprivileged communities in Metro Manila,” he said. “They underwent acting workshops and two-week baseball training under Toti Leus in Tanauan, Batangas.”

Portes hopes the film will score big among viewers. “I want to help the children in this movie. I want to help secure a good future for them,” he said.

(Cinemalaya will run from July 26 to Aug. 4 at the Cultural Center of the Philippines in Pasay City, TriNoma Mall in Quezon City, Greenbelt 3 Mall in Makati City and Alabang Town Center in Muntinlupa City.) 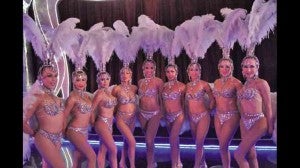