Cinemalaya at a crossroads 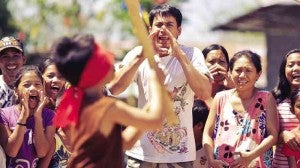 Just as interesting are the 10 filmmakers participating in this year’s New Breed section who coincidentally echoed the same sentiment when asked about the trials and tribulations of the production process.

In a word, the biggest challenge can be summed up, thus: Budget.

Still, in spite of the financial constraints, they persevered. This year, the fest is presenting a full lineup; all the entries were able to beat the deadline—in spite of the grueling demands.

For starters, at least two films required its actors to speak in an unfamiliar language.

Hannah Espia recalled that her cast had to learn Hebrew for “Transit,” which is about overseas Filipino workers (OFWs) based in Israel. “I was impressed at how Irma Adlawan was able to deliver some of her Hebrew lines in one take without any mistakes. Our young actors, Jasmine Curtis-Smith and Marc Justine Alvarez, also had to learn Hebrew in such short notice.”

Director Alvin Yapan recalled that the lead stars of “Debosyon,” Paulo Avelino and Mara Lopez, had to learn how to speak Rinconada Bikol convincingly.

“They also rode a tricycle on rough roads and had to trek a few kilometers” to reach the set in Camalig, Albay, which offers a breathtaking view of Mayon Volcano. “Paulo and Mara took on the role with no complaints. The roads were not well-lit and there was even an aswang scare one night.”

To think, Yapan had a “modest” goal: “I want to make a film that will allow us to say that our faith is cool.”

Leo Abaya, who shot “Instant Mommy” in 10 days with meager resources, had a clear-cut objective as well: “I wanted to tell the story simply without being simplistic.”

Abaya’s film, which follows the cross-cultural romance of a Japanese and a Filipina, features Hollywood actor Yuki Matsuzaki opposite Cinemalaya regular Eugene Domingo.

“I hope people will watch it and that the story will resonate,” Abaya said. “That they will see beyond the front story. I hope investors will at least get their investment back.”

Making an indie film is always an uphill struggle.

Palo considered himself “very, very fortunate” that he was able to gather “talented, hard-working, dedicated and consummate artists (led by Eula Valdes, Sid Lucero, Art Acuña, Shamaine Buencamino)” in his entry, “David F”—which is a triptych bound together by the story of David Fagen, an African-American soldier who defected to the Filipinos’ side during the Philippine-American War at the turn of the century.

Biggest challenge was thus “mounting historical scenes with authenticity and accuracy, given the small budget that we have,” Palo said.

Carlo Opisbo, who shot “Purok 7” in the middle of summer in Camiling, Tarlac, related that his cast endured “the scorching heat of the sun … and not a few sleepless nights.”

The shoot for his film, which chronicles the struggles of an OFW family, was “a physical battle for the cast and crew.”

So why did he persist?

“It’s not just an OFW family story,” Obispo said of his entry. “It’s about us as a nation, how we get involved in circumstances that affect our society down to its lowest unit.”

Such intense idealism fuels most of the films in this year’s fest. 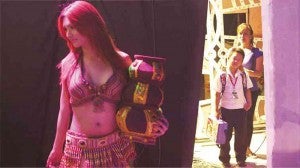 Said Eduardo Roy Jr. of his entry “Quick Change”: “I joined Cinemalaya because I want to tell a story. I hope that, after seeing my film, the audience will gain a deeper understanding of trannies (transgenders).”

In making films, Roy aims to “take viewers to a world that is unfamiliar to them. I want them to walk away with something to think about. That’s my job as filmmaker.”’

Joseph Israel Laban explained that his entry “Nuwebe” was “inspired” by a documentary he wrote, produced and directed for the GMA News TV program “Front Row.” The docu, entitled “Ang Pinakabata,” was shown at the Cinemalaya last year.

“It tells the story of one of the youngest mothers in Philippine history. Her story is unique,” Laban remarked. “Despite the abuse she went through, her will to survive was incredible.”

Jason Paul Laxamana, director of “Babagwa,” acknowledged: “Making films is one of my greatest passions.” In researching his film on Internet posers, Laxamana created his own fake Facebook account, using the photo of an obscure but hunky Thai model. “I didn’t scam people, but I realized that it was easy to make Netizens fall in love; some were even college graduates occupying high positions in big companies.”

Laxamana, who set the film in his home province of Pampanga (like cabalen Palo), found the idea fascinating. “Maybe after watching this film, people will become less gullible when dealing with beautiful people they meet on the Internet.”

Red described “Rekorder” as a “mixed-media film, utilizing several digital formats, as well as shifting perspectives from devices within the film to present a different and modern narrative.”

It was an experiment, Red conceded. “I consider myself part of a new generation of emerging filmmakers. I wanted to show something that clearly represented the New Breed category.”

Los Angeles-based Christopher Ad. Castillo, who’s offering a horror film “The Diplomat Hotel,” asserted that this year’s Cinemalaya is one of the most “exciting,” if not eclectic, editions in years.

Castillo looked back: “When I was interviewed by the committee, I said that I wanted to bring horror and genre films to the festival and hopefully bridge the gap between the indie and mainstream scenes.”

Castillo said the fest “is at a crossroads that will determine its direction in the years to come.”

“It always feels good to be part of a revolution of change,” Castillo said. “We’re in the midst of one … (that’s why) it’s important for me to join these filmmakers. It’s a competition, but we’ll always be kindred spirits with one purpose: To uplift.”

Cinemalaya will run from July 26 to Aug. 4 at the Cultural Center of the Philippines in Pasay City, Trinoma Mall in Quezon City, Greenbelt 3 Mall in Makati City and Alabang Town Center in Muntinlupa City. 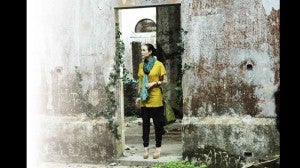