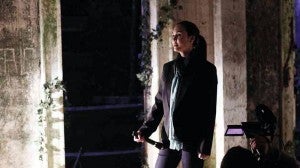 GRETCHEN Barretto in Christopher Ad. Castillo’s “The Diplomat Hotel,” an entry in the New Breed section

On its ninth year, the Cinemalaya Philippine Independent Film Festival continues to grow.

The festival’s audience is steadily increasing, festival director Chris Millado told the Inquirer in an exclusive interview. “We made P3 million last year, for the venues at the Cultural Center of the Philippines alone,” he said.

Cinemalaya also had successful screenings at Greenbelt and Trinoma last year. This year, the fest is returning to those cineplexes and expanding to include Alabang Town Center as third satellite venue.

“Cinemalaya has been growing exponentially,” agreed competition director Laurice Guillen. The fest is moving from the previous years’ mid-July schedule to July 26-Aug. 4, precisely in preparation for an even bigger market.

“A lot of Hollywood blockbuster movies open in the first two weeks of July,” Millado explained. “Our films will fare better in the cineplexes with the new dates.”

For the screenings outside of  CCP, Cinemalaya was to ink a memorandum of agreement with the Movie and Television Review and Classification Board on Thursday so that the entries wouldn’t have to pass through the government agency, added Millado. 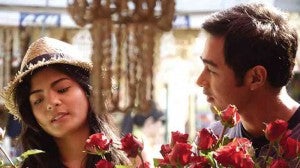 LOVI Poe and Benjamin Alves in Jerrold Tarog’s “Sana Dati,” an entry in the Directors’ Showcase.

This year, not a few films tackle daring themes—which can be perplexing, considering that the fest also seeks to expand its reach to welcome a younger demographic. As Millado said, “We want to attract the next generation.”

In past editions of the fest, a Cinemalaya Congress—now Cinemalaya Forum—highlighted the production and distribution of films. “This year, we are focusing on the audience: their appreciation, perception and consumption of films,” said Millado.

This discourse is necessary to further develop the festival’s audience, he added. “We attract a lot of young professionals who work in the creative industries. Now we want to include  high school students who are about to enter college.”

Presenting bolder films to a young audience is a positive step forward, Millado insisted. “It will offer opportunities for mature discussions on how viewers see and process these complex issues.”

In any case, the fest has always observed self-regulation. “We closely monitor screenings and do not allow minors to watch films with mature content,” said Guillen.

“We had a recent conversation with MTRCB Chair Eugenio Villareal on how to best practice self-regulation,” Millado volunteered.

“It was a detailed dialogue,” Guillen related. “We have to calibrate our rating system with that of the board.”

The festival has expanded to  to new platforms as well. Previous entries are currently aired on cable channel Fox Filipino— a development that seemed unthinkable in the past.

Cinemalaya has been able to ride the wave of new technology. Guillen noted, “Nine years ago, we screened movies only on mini-DV or mini-DVD. Now, we’re on DCPs and HDs.”

Another area of growth is being eyed by the fest, said Millado. “Slowly, but surely we hope to expand to the regions.”

Raul Sunico, CCP president, pointed out: “Cinemalaya has become a byword in the movie industry. Despite past controversies, it will continue to offer films that excite and surprise audiences. Our edge is that we discover new filmmakers.”

In light of this “exponential” growth, fest organizers take pains not to be swayed by commercial considerations. “What makes Cinemalaya different is that it’s artist-driven, not market-driven,” Millado stressed.

Last year, the fest was rocked by controversy when an entry (Emerson Reyes’ “MNL 143”) was disqualified due to casting disagreements with organizers.

Millado said, “A lesson learned from that is to clarify guidelines which are there [to start with],” Millado said. “It’s a competition. It has rules and regulations.”

The intrigues were par for the course, said Guillen. “There will always be creative differences. It’s part of the collaborative process. Are the filmmakers ready for the process? Film is not just an art; it’s also a science and a business. In the end, Cinemalaya takes the side of filmmakers,” she asserted. “Our films are not driven by surveys or formulae.”

The interaction between the veterans and the newbies would hopefully result not in friction but in mentoring, she said.

It could provide a window for self-assessment as well. “We invite foreign jurors because it allows us to look at ourselves as outsiders would see us,” Guillen said. “The foreigners likewise discover new things from the Filipino jurors.”