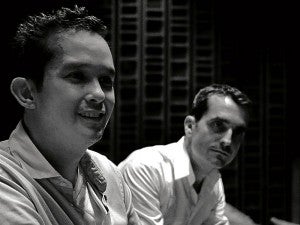 LOS ANGELES—“Give Up Tomorrow,” Michael Collins and Marty Syjuco’s acclaimed documentary that examines the trial of Paco Larrañaga—one of the suspects in the kidnap-murder of students Joy and Jackie Chiong in Cebu, Philippines in 1997—as a microcosmic look at wrongful convictions and injustice, earned a nomination for best investigative journalism – long-form in the 34th Annual News and Documentary Emmy Awards announced Thursday, July 11, in New York.

In a joint statement to the Philippine Daily Inquirer, director Collins and producer Syjuco said, “After dedicating the last nine years to sharing Paco’s story with the world, we are overjoyed with our Emmy nomination—to be recognized for excellence in investigative journalism means the world to us.”

The film made its US broadcast premiere on PBS last Oct. 4, as part of the 25th anniversary season of POV, a series acclaimed for showing international documentaries. Also shown in theaters in the Philippines, the film was released on DVD by First Run Features through Amazon.com and www.GiveUpTomorrow.com. It was executive produced by Filipino-American filmmaker Ramona Diaz, Simon Kilmurry, Sally Jo Fifer and Don Young.

The winners in various categories, including breaking news, investigative reporting, interview and documentary, will be announced in a ceremony on Oct. 1 at the Frederick P. Rose Hall, home of Jazz at Lincoln Center in the Time Warner Center in New York. CBS, PBS and HBO led the over-the-air, cable, satellite and Internet nominees with the most nods.