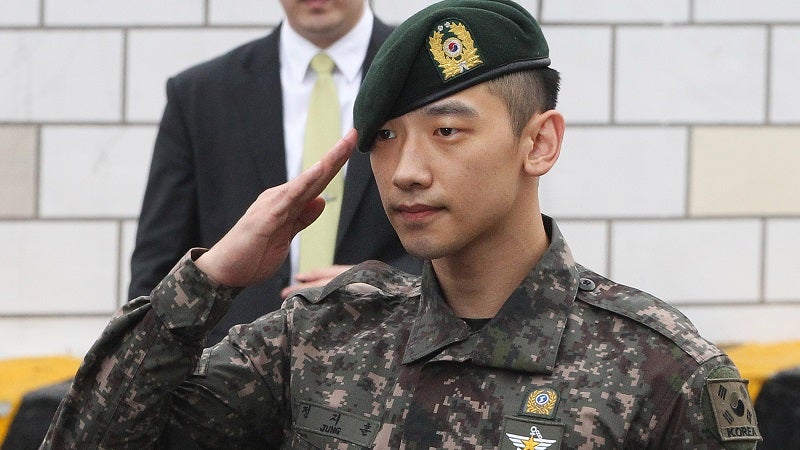 South Korean actor and singer Rain salutes to his fans and media after he served 21 months in the army in front of the Defense Ministry in Seoul, South Korea, Wednesday, July 10, 2103. AP/Ahn Young-joon

SEOUL, South Korea — South Korean pop sensation Rain is out of the military.

Under cloudy skies Wednesday, Rain fired off a crisp salute and thanked a large crowd of mostly media and women who’d gathered to commemorate his discharge after 21 months of mandatory service.

The fans held signs reading in Korean and English: “We waited for you” and “Rain’s coming.” One Japanese fan said she’d been waiting for more than a day to see the “entertainment soldier.”

The 31-year-old served in an army unit that provides TV and radio programming that promotes the military.

Rain, whose real name is Jung Ji-hoon, has made seven albums and acted in several South Korean and Hollywood films. Time magazine named him one of the 100 most influential people in the world in 2011.

He hasn’t said what his future plans are.

South Korea requires all able-bodied men serve about two to three years in the military, a legacy of the 1950-53 Korean War.