Dong on Marian: For me, she’ll always be No.1 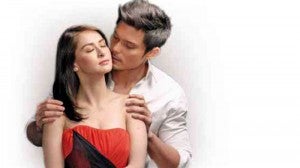 Dingdong Dantes is one proud boyfriend because the love of his life, Marian Rivera, was named FHM’s Sexiest. “She deserves the title,” he beams. “For me, with or without that recognition, she has always been No. 1 in that category among many other good traits of hers. It goes beyond the physical aspect. Her being sexy is a total package.”

As a congratulatory gift, Dong gave Marian a “World’s No. 1” medal.

Does he set any limitations as far as her sexy pictorials are concerned? “Not at all because I don’t want it to be done to me as well,” he explains. “We are both artists and only our own individual tastes can dictate how far we can go. In the first place, I am confident in the choices that she makes for her career on top of the overflowing trust I have for her. Work is work.”

With a drop-dead gorgeous and supportive boyfriend like Dong, how can Marian not bloom? What is keeping her happy is also keeping her sexy.

DJ Mo Twister was suspended recently from his Magic 89.9 radio show for five months. He voiced out his sentiments in his Instagram account. To quote a few lines from his post: “Last time I had a big announcement, it was [made on] a YouTube video. So why not an Instagram one? Well, here you all go. For some bad news. Suzy and I are suspended (again!) from  our radio show for remarks made during [discussions on] a topic. Unlike past issues, this will be much longer. Five months to be exact. I will miss you terribly but the podcast is still there if you need me to scratch you.” 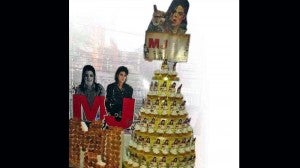 Sam Oh and Gibb will be pinch-hitting for Mo and Suzy until they’re back on air sometime in December. According to a station insider, what caught the ire of Kapisanan ng mga Brodkaster ng Pilipinas and supporters of the disabled was when Mo asked his listeners if anyone had sex with someone without legs and arms. Oops!

At our Cinema Evaluation Board screenings, I usually tease my comember Tommy Abuel by calling him Mr.  Alamat. He’s part of the cast of the Lino Brocka masterpiece, “Maynila sa mga Kuko ng Liwanag.” The newly restored film will be shown on Saturday, 7:30 p.m., at the Cine Adarna UP Film Center (with cocktails, 6 p.m. at the Bernal Gallery behind the theater).

Tommy shares with us his thoughts about the iconic film and working with Brocka: “Lino was very particular about professionalism. That meant coming to the set on time with lines memorized and being emotionally and physically  prepared for the scenes.

“He was an actor’s director. Aside from taking care of other aspects of production, nakatutok siya sa mga artista. Once, he made us go to a construction site to immerse ourselves. He even asked us to convince the construction workers to sell to us the clothes they were wearing so we could get the feel of it. He would guide us through the entire process, especially in heavy dramatic scenes. He would motivate the actor to get into the proper emotional state and waited patiently until he got the emotion that he wanted.

“When we made the film, no one was thinking of winning awards or making a film that would be a classic someday. So when the awards came, we were all jubilant. When I won Famas best supporting actor for the film, it was a bonus for all the hard work. The film is now considered a classic because of its content. Although it’s basically a love story, it is set against the backdrop of poverty, labor exploitation, political unrest, social and moral degeneration. It has withstood the test of time and is still relevant today.”

Brocka’s legacy lives on through great actors like Tommy. Kudos, Mr. Alamat! I’m more than proud to call you my friend.

On behalf of The Official Michael Jackson Fans Club Philippines (MJFCP), I’d like to thank from the bottom of my heart my good friend Jessica Soho for sending the GMA News crew (especially, Cata Tibayan) to cover MJ WorldCry marking the King of Pop’s fourth death anniversary, Pinky Fernando of Fernando’s Bakeshop for the MJ cupcake tower, Consulado Bar on Mother Ignacia Street, Quezon City for accommodating us, and Luke Mejares and Medwin Marfil (True Faith) for serenading us with MJ’s songs.

MJFCP and Grupo 80’s are now gearing up for the celebration of Michael Jackson’s birthday on August 29. As my gay son IC would tease me, “Kulto na ’yan, Ma!”

Read Next
‘Tough Love’ needed to turn losers into winners
EDITORS' PICK
The fight of the decade: The Gypsy King vs The Bronze Bomber
Tokyo 2020 postpones volunteer training over virus fears
‘It’s time for young people to find their own yellow ribbon’
Mallorca City: Home of Cavite’s finest industrial hub
PH envoy says China sanctions ‘likely’ on Pogo workers
PH tops ‘Women in Business’ global ranking
MOST READ
Honda to shut down Laguna plant
Palace condoles with VP Robredo on mother’s passing
Murder charges filed vs Sandra Cam
‘Crash Landing on You’ has descended into our hearts
Don't miss out on the latest news and information.