Pros and cons of an iconic surname 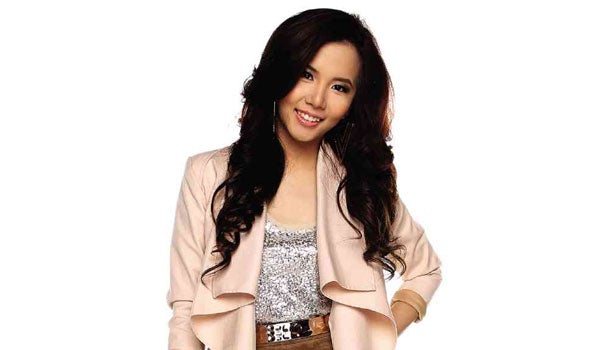 MARION Aunor has lost count of the number of times she was asked about Ate Guy.

It wasn’t all that surprising that one of the very first questions thrown by the press at young singer-songwriter Marion Aunor—when she joined ABS-CBN’s Himig Handog songwriting tilt earlier this year—wasn’t about her music, but whether or not she was related to Superstar Nora Aunor.

Marion has lost count of how many times she had to explain that her mom, Maribel “Lala” Aunor of the 1970s singing group Apat na Sikat, is Nora’s cousin. (Nora’s real surname is Villamayor; the mothers of Nora and Lala are siblings.)

Not that she minds doing it. And although she has met Nora only once or twice in the past, Marion says she’s proud to be a niece of a local show biz icon.

The downside, of course, is that some people will hastily jump to the conclusion that she’s just riding on her aunt’s fame. But that’s not the case, Marion stresses. “I think it helps that people get interested because of my surname, but it’s really my mom’s [maiden name]. I’ve been using Aunor since I was in grade school,” the 21-year-old newbie tells the Inquirer in an interview.

“I hope people see past the last name, and see me for my talent and who I really am,” she adds.

While Marion only finished third in Himig Handog, her entry “If You Ever Change Your Mind” was among the most distinctive original compositions in the contest. The piano-driven song, rendered in Marion’s stylized vocals reminiscent of Regina Spektor’s, was gentle and dreamy—almost like a lullaby.

Given her limited vocal range, Marion knows she will never be able to compete with the industry’s top belters. And that to be able to make it and stand out in the music scene, she needs to do things a bit differently.

“I used to try singing like Christina Aguilera and Celine Dion, but it was bad. I almost quit singing. But then I started listening to Jason Mraz, Colbie Caillat, Norah Jones… I realized that you can make great songs that don’t require you to have an expansive range,” Marion says. “I try to let my songwriting shine.”

Marion, who’s been writing songs since she was in high school, joined Himig Handog without much expectation, so making it to the finals was at once an exhilarating and nerve-wracking experience. The mere idea of singing in a venue as big as the SM Mall of Asia Arena was so overwhelming that she ended up crying after her performance.

“I was like, ‘Holy crap!’ I was so anxious. I was praying that nothing bad will happen,” Marion recalls, laughing. “Sharing my music with thousands of people was one of my dreams, and I didn’t want to mess up.”

Right after the competition, Marion was signed by Star Records, and immediately started working on her debut album, with the help of her mentor Vehnee Saturno. “I didn’t hesitate at all since this is what I really want to do,” she says.

While she has earned a degree in management major in communications technology from the Ateneo de Manila University, Marion says she just can’t see herself doing anything else right now besides music.

“Had I failed to make it to the Himig Handog finals, I would still be pursuing my dream of becoming a recording artist. I don’t know how, but I will find a way,” she says.

Asked if her coming self-titled, 11-track record will have that wistful and laidback sound of “If You Ever,” Marion says that she can’t pinpoint her album’s exact genre, but that the common ground of the songs will be her piano playing.

It’s experimental more than anything, she notes. “There will be slow and upbeat songs, some jazz blues, and a little bit of rock.”

The album, which is tentatively slated to be released this month, will feature Marion and Vehnee’s original material. “What I’ve learned in the contest was that Filipinos are actually pretty open to original songs. I have nothing against revivals, but it’s always cool to hear new stuff,” she says.

Once she comes out with the album, Marion knows that some critics will inevitably compare her to her famous aunt, and see if she’s just as talented. But if people will give her music a chance, she says “they will see that I’m different—that I also have something good to offer.”

Read Next
Gracenote out to make a mark
EDITORS' PICK
SMDC’s Style Residences: A real estate investment that will always be on-trend
DOTr has tip to convince ‘no vax, no ride’ enforcers
BBC StoryWorks and TECNO make short film about inclusive mobile camera innovations bringing people together
Robredo bares economic priorities under her presidency
NBI nabs 5 in hacking of 700 bank accounts
Start the year right with sustainable oral hygiene with SPLAT’s eco-friendly natural toothpastes
MOST READ
Marcos a no-show in TV interview of top presidential bets
Vendor in viral video says she used to be a Duterte fan, but not anymore
Trillanes: Proposed military service shows Sara’s misunderstanding of security issues
‘Lolo Narding’ didn’t steal mangoes, he just picked them – Asingan top cop
Don't miss out on the latest news and information.