Celebrating with Filipinos in North America 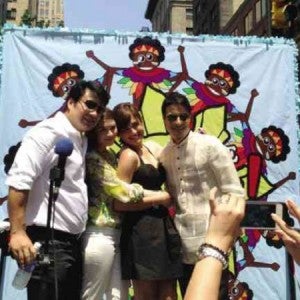 In California, the state with the largest population of Filipino-Americans, two commemorative events were held.