Why stars are different from you and me | Inquirer Entertainment

Why stars are different from you and me 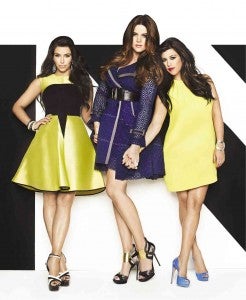 Some of us loopily believe that show biz stars are just like “ordinary” people, except for the fact that they’re much better looking, and this has opened up a whole new world of additional perks, fame and fortune for them. That may be a consoling thought for some nonstars (blaming your fatuous fate on your inherited genes absolves you of any responsibility for it!)—but, the most relevant and life-changing factor is what happens after a nobody “fortuitously” becomes a star!

All of a sudden his income zooms up into the millions for just acting here and singing there—and that doesn’t include the additional fortune celebrities earn from product endorsements and commercials that take them only a couple of days to shoot.

Performances for private parties, company events and town fiestas add to the pile, and even stars’ “personal appearances” have a hefty price tag—not to mention all those shows for Filipinos living and working overseas. When it rains on popular stars, it really pours!

If some of our homegrown stars earn hundreds of millions of pesos each year, enough for them to lead the country’s list of top taxpayers (even upstaging some billionaire taipans), American show biz luminaries do even better—by leaps and bounds! Not only do they earn in dollars, top movie stars’ talent fees now hit the $20-25 million mark—and that’s just their “basic” income.

Some superstars become “industrial partners” in their blockbuster starrers, and thus make much more when those productions hit it really big at the box office. How much more? An uncharacteristically recondite action superstar shares that one of his particularly popular starrers made him wealthier by $60 million!

The most stunning and galling statistics revolve around the other perks that luminaries get, for just being stars. They get paid for practically anything they do, even if it isn’t directly related to their profession.

Like, do you know that the first photos of a big star’s newborn baby are sold to the highest bidder (usually a fan mag), to the tune of millions of dollars?

The latest and perhaps most expensive transaction is reported to be over the first photographs of Kim Kardashian and Kanye West’s love child. Show biz insiders privy to past transactions say that the price tag could go as high as $6 million—for a baby’s photos!

In the recent past, Kim was accused of making money from her wedding and exceedingly short-lived marriage to her first husband (Kris Humphries), so this is par for the course for her.

In fact, the entire Kardashian clan can now be seen as being past masters at the new and most profitable business of generating big money just from being famous!

They rarely act or otherwise perform for the cameras, but they make separate and individual fortunes just from being themselves—by way of several “reality TV” shows that they top-bill.

TV cameras follow them everywhere the whole day, chronicling their shallow and quicksilver lives, but they put up with the near-total loss of privacy because it’s made them rich without their really having to act at all!

In fact, it’s even led to the clan’s matriarch, Kris Jenner, being given her own talk show, and the youngest members of the family, Kylie and Kendall Jenner, have become precociously successful teen entrepreneurs in their own right, with their own clothes and accessories line!

Stars are different from poor, unknown, deprived you and me! Don’t kid yourself that they aren’t.