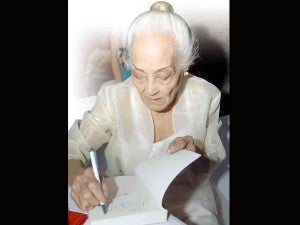 SCREEN ICON autographs books for fans and friends at the CCP launch.

It’s only fitting that Mona Lisa, feisty and fiery at 91, should finally come out with her own memoir.

After all, she’s a true pioneer. She portrayed fiercely independent, even fearlessly subversive, screen characters at a time when most Filipino women were still bound in constricting baro’t saya. 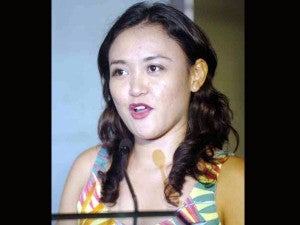 Based on the screen luminary’s diaries that she started in the 1950s, the book is written by her granddaughter, singer- actress Celine Fabie, and is entitled, “Mona Lisa: A Portrait (From the Memoirs of a Grandmother).”

The book was launched on Saturday, Mona’s birthday, at the Little Theater lobby of the Cultural Center of the Philippines (CCP). 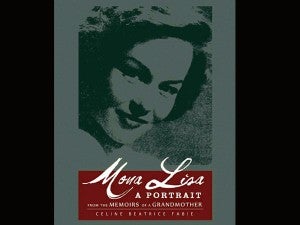 Family and friends gathered to fete the legendary actress, including three of her children—eldest son Edward and daughters Vangie and Kathleen. (Three other sons are based abroad.)

Edward, a former airline executive, recalled that his mom almost missed out on her iconic role as the hard-hearted slum mom in

“Lino, who was my friend, asked if I could arrange a meeting with my mom,” Edward recalled. “My mom got lost on her way to Lino’s office.”

Mona recounted, laughing, “I wound up instead in the office of another director, Joey Gosiengfiao.” 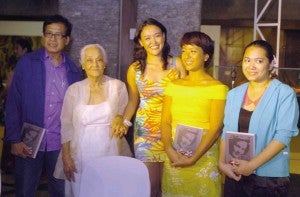 Edward described Mona as “the best mom… she took care of us.” 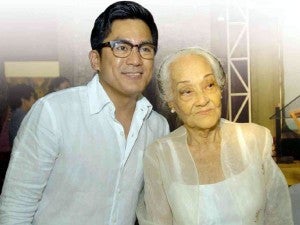 She was a rebel off-screen as well. Defying conventions of the day, she had two sons at the height of her career—Edward, with Eduardo de Castro; and Allan, with Fernando Poe Sr.

“Since movie stars were supposed to be single then, my grandmother raised me for a while,” Edward recounted. “But later my mom took me to the set of her films ‘Sagur,’ ‘Buhay Alamang, ‘Ulila ng Bataan’…” 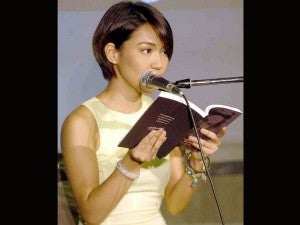 Mona’s nude swimming scene in Tolosa’s “Sunset over Corregidor” caused quite a stir, to put it mildly. “The producer was so happy (with the film’s box-office success) that he sent over a 1946 Chevy to her,” Edward said.

In the 1950s, Mona turned her back on the movies to raise her four children with fireman Abelardo Guinto. She returned to acting in 1974.

She never told her children of her hardships—trials that could rival the twists and turns of today’s teleseryes. “It would have been useless,” she explained. “All of us have problems.” 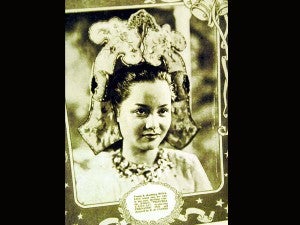 In the 1990s, when she had to baby-sit granddaughter Celine, she took the girl to the set of the soap opera “Anna Luna.”

Lola Mona read bedtime stories to Celine—everything from the Bible to Juan Tamad and “The Diary of Anne Frank.”

Thus, it didn’t come as a surprise that Celine followed in her footsteps. “I’m afraid she took after me. I pity her,” Mona jested.  “My two daughters wanted to act, too. But I refused to give them my blessing. It’s a hard life. Most actors end up poor because (to this day) we have no laws about royalties and health care for artists.” 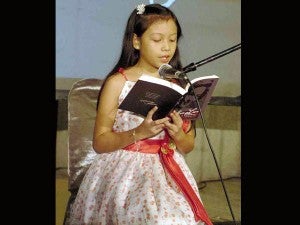 YEDDA Lambujon was assigned to the section on the actress’ childhood.

Another grandchild, Marlon Guinto Jr., wants to be a director. “I’ve given him the movie rights to my life story,” Mona said. 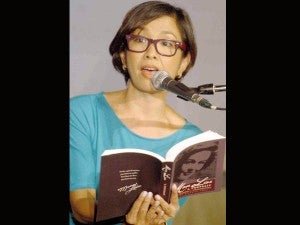 ISAY Alvarez reads on the screen legend’s life as a mother.

A video clip of an old interview with the late great Brocka proved insightful. The National Artist explained that he cast Mona as Hilda Koronel’s callous mother in “Insiang” because of her “handsome face… which conveyed sensuality and strength. No one else has that kind of face in Philippine movies. She doesn’t need dialogue (to express emotions).”

Indeed, it was a night of golden movie memories.

Asked why she was no longer interested in acting, Mona remarked, quite adamantly: “I don’t want to have to cry at 3 in the morning!”

The book is available at the CCP and Mabuhay Restop, or via [email protected]