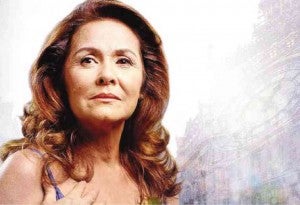 From time to time, we write to rue the fact that local show biz is excessively and even neurotically fixated on exceedingly young and therefore often raw and shallow talents—the younger, the better. Daniel Padilla, Bea Binene, Julia Montes, Jake Vargas, Julia Barretto—these are the “stars of tomorrow” today, the flavors not of the year, but even more ephemerally of the month or week—and even newer and rawer ones are “discovered” and launched all the time, to either sink or swim, fly or get flushed away, willy-nilly, as the case may be!

We don’t blame young upstarts for trying to grab and wolf down their slice of the show biz pie because other even lesser lights have managed to succeed as stars for a spell. But, we do worry about this fanatical idolatry of youth for its own sake, because it leaves little room for older, more experienced and better-honed stars to share with viewers what they’ve learned through the years and decades, except in occasional cameo or grandparent roles.

That’s been our usual plaint for many years—but, the situation seems to be changing for the better this season, on television and in the movies!

Item: A big, new teleserye project is being built around the reunion of two movie queens. Titled “Muling Buksan ang Puso,” it was originally conceptualized to star Susan Roces and Amalia Fuentes, and all of show biz and many TV fans were excitedly looking forward to viewing the truly special project.

However, a big bomb exploded when Amalia found her super-villainous role not to her liking—but instead of being shelved, it’s still all-systems-go for the big-deal drama series, with another thespic icon, Pilar Pilapil, stepping into the role that Amalia has opted not to do!

So, the senior stars are definitely back in the harness again, in major roles that will fully showcase their well-honed thespic expertise, for young, callow talents to learn from, and/or get shamed by.

Item: Before the “vacated” lead role was offered to Pilar, another acclaimed senior star, Boots Anson-Roa, was tapped to take over—but she had to decline, because (this is the most instructive and impressive part of our narrative) she didn’t have time to do it, since she had started work on two other teleseryes, on top of her responsibilities at Mowelfund and the 67 other things she does!

A senior star too busy to accept a plum teleserye role? That’s one for the books, and proof positive that the times are changing—for the better. 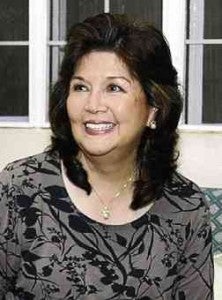 Why has this happened? Maybe viewers’ positive response to past projects, starring senior thespians has belatedly convinced TV executives that youth may be a potent draw with the medium’s generally young  viewership, but experience and ability can also help boost TV ratings.

If so, that’s a key shift that   needs to be underscored, and should make senior actors even more visible on the small screen from hereon in.

Even the movies are evincing a resurgence of cachet for senior stars: Vilma Santos’ first indie, “Ekstra,” is the coming Cinemelaya’s most anticipated entry, and the buzz for Nora Aunor’s starrer, “Ang Kuwento ni Mabuti” for Cine Filipino fest, is similarly strong.

Only a few years ago, Nora was deemed to be a has-been, even described to us by a jaded producer as “dead on arrival at the box office” when we tried to line up a comeback project for her. Look at her now!