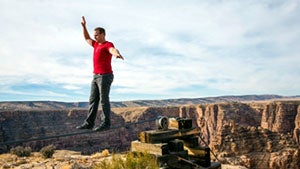 MANILA, Philippines – Skywire Live with Nik Wallenda will be one of the most daring and captivating live events in history – Nik Wallenda, also known as ‘The King of the High Wire’, will traverse the majestic Grand Canyon without using a harness.  One wrong step could be his last. Discovery Channel will capture the nail-biting, play-by-play LIVE event on Monday, June 24 at 8:00 a.m.

In 2012, Nik became the first person to tightrope walk directly over Niagara Falls from the United States to Canada at a height of 200 feet. This time, Nik will tightrope walk higher than he has ever attempted before at 1,500 feet above the Little Colorado River, a height greater than the Empire State Building. While crossing the 1,250-foot-wide gap between the cliffs, Nik will have to adjust to sudden wind gusts of over 20 miles per hour with no safety tether attaching him to his line.

“The stakes do not get much higher than this,” said Nik. “The only thing that stands between me and the bottom of the canyon is a two-inch thick wire. I am looking forward to showing the audience a view of the canyon they have never seen before.” 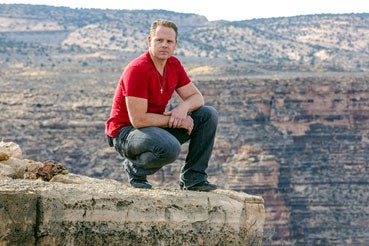 “Discovery Channel continues to bring some of television’s most talked about and historic live events of the year,” said Eileen O’Neill, Group President Discovery and TLC Networks.  “From Felix Baumgartner setting the world record for highest skydive in SPACE JUMP LIVE, to this latest feat showcasing Nik Wallenda’s greatest challenge yet.”

Nik, 34, said that this latest event will be the fulfillment of a lifelong dream to walk at such a great height as well as a chance to honour his great grandfather, the legendary Karl Wallenda, who died after falling from a tightrope in Puerto Rico in 1978.