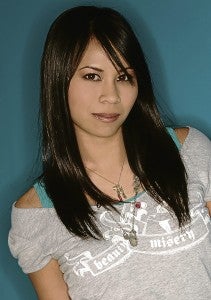 LOS ANGELES—A Filipino-American actress has landed the plum title role in Jesse Eisenberg’s off-Broadway debut as a playwright, “Asuncion.” Camille Mana, a California native with a string of film and TV credits, portrays a Filipina who shares an apartment with two men, played by Jesse (who previously starred in “The Social Network”) and Justin Bartha (“The Hangover”).

In the production directed by Kip Fagan, the arrival of Camille’s Asuncion in the lives of Jesse’s Edgar, a liberal blogger, and Justin’s Vinny, a progressive academic, challenges the two American men’s open-minded attitude. The play, presented by Rattlestick Playwrights Theater, begins performances October 12 and officially opens October 27 at the Cherry Lane Theater in New York.

Camille, who traces her roots to Manila and Pampanga, recalled how she was cast by Jesse and Kip—without an audition but on the strength of a tape (a compilation of clips of her TV and movie work). She was offered the role before the release of “The Social Network,” in which Jesse’s portrayal of Facebook founder Mark Zuckerberg earned him several best actor awards and nominations.

“The fact that the project is finally happening brings great relief and anxiety,” said Camille in an e-mail interview. “I remember seeing Jesse’s gigantic eyes staring out from every ‘Social Network’ billboard in town. It gave me jitters, wondering if this project (‘Asuncion’) would come to fruition with Jesse’s career hitting such a critical stage.”

Camille debuted in Dennis Quaid and Sarah Jessica Parker’s “Smart People.” She joked, “Can you tell I am almost as neurotic as Jesse?”

She’s also in the cast of “Norman,” an indie film praised by Variety for its “poignant, understated dramatics. It opens in US theaters in October.

“I move to New York to start rehearsals,” said the LA-based actress who earned her Economics degree at UC Berkeley in just six semesters. “Asuncion” runs until November 27 (more details on www.rattlestick.org). Below are excerpts from our interview. 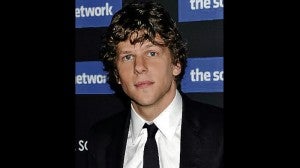 Since Jesse Eisenberg is the playwright, did he have a say in your casting?

I was offered the role without an audition. Or even a meeting. I had never met Jesse or anyone involved with the project previously. This doesn’t usually happen unless you are widely known, which is not the case at this juncture in my career.

I received an e-mail from my reps saying something along the lines of, “Jesse Eisenberg of ‘Zombieland’ and ‘Adventureland’ (‘Social Network’ had not been released) would like you to play the female lead in his passion project. There is not a lot of money involved, but it might be a great opportunity, because you’d be acting opposite him and he cares very much about the project.”

I had to rub my eyes a few times and make sure no one had slipped me some hallucinogens… I had admired Jesse’s work since I saw “The Squid and the Whale,” and to be offered this role on blind faith (for all they knew, I could be a psychopath and very difficult to work with!) was really an honor.

Essentially, I was told Jesse and key people involved with the project had been researching Asian actresses and had not yet come across someone “right” for Asuncion. Somehow, a tape of my work was sent to them… Jesse thought I was the right fit.

How was your first meeting with Jesse?

Nerve-wracking. After I was offered the role, I was told the director (Kip Fagan) would like to have coffee with me… not to read material or audition, but just to chat. I thought I could handle that. Then I was alerted the day before that Jesse was going to fly in from New York to meet me also. That put a little more pressure on me.

The coffee ended up being a two-hour lunch, and the most bizarre thing was the entire time, while I was trying to play it cool and not be a big nerd, every 20 minutes the two of them looked at one another and then at me and said anxiously, “So, do you like it? I mean, do you maybe want to do it?”

It was like I was in a “Twilight Zone” episode: “What Camille Mana Wishes Her Career Looked Like Everyday.”

Camille Mana as the roommate of Jesse Eisenberg and Justin Bartha. How cool is that? And what are you looking forward to about acting with these guys?

Pretty much… everything! Jesse cares so much about this piece, and… they are both really strong actors and comedians. The fact that they have been friends for years and are inviting me into this intimate piece alongside them is really something I do not take lightly.

And your thoughts on this being your off-Broadway debut?

Oh, not much. If you don’t count cold sweats. Night terrors. And insomnia.

Jesse told me that he has Filipino friends. Did he tell you how he came up with a Filipino female character?

Yes, he mentioned he had some Filipino friends, though I do not think Asuncion is based on anyone in particular; nor is the story autobiographical. I think it is more about him exploring themes that interest him, rather than a culture specifically. I think the fact that Asuncion is Filipina, rather than any other ethnicity, has to do with Filipinos being English speakers.

What about your first meeting with Justin? What was that like?

Great. Not as nerve-wracking as when I met with Jesse, since I was already formally attached, and thus not as fearful. I was most taken by the fact that [like Jesse] he has the eyes and ears of a writer/director. I wasn’t aware he studied filmmaking at New York University and had success with writing/directing before becoming a movie star. He is also highly intelligent, just like Jesse. It is quite intimidating and encouraging all at once to be in this ensemble.

In what ways will your character challenge the liberalism of their characters?

Asuncion emigrated from the Philippines a few years prior to her arrival in Vinny and Edgar’s apartment. She is warm, friendly, confident, very comfortable in her own skin, and unapologetic for who she is. She feels like one of the guys. As to how her arrival changes the dynamic in the apartment, I will encourage your readers to wait until it opens. No spoilers from Ms. Mana!

How did a UC Berkeley graduate with a degree in Economics end up in theater and film?

I grew up in Southern California and I was 13 when I decided I would be an actress. I told my parents, and I think they were ready to lock me away in my room without supper. Ever. Despite this, when I was 16, I started driving myself to LA for acting classes and auditions. My brother had gone to Berkeley when I was in elementary school, so I always had an interest in going there. I figured I could keep auditioning in LA while I was having a normal college experience in the San Francisco (SF) area. I also did commercials in SF and small TV parts while going to Berkeley. It all worked out, and my parents were a lot less worried about my future. I’m really grateful I did it.

When was the last time you visited the Philippines?

I went to the Philippines with my family a few years ago, and explored a lot of the history of my family on both sides.

How Pinay are you?

I studied Tagalog at Berkeley for a year, and somehow managed to keep an ear for it from my upbringing, which drives my brother nuts. So I can eavesdrop on chismis when he cannot.