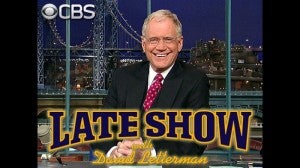 NEW YORK—A frequent contributor to a jihadist website has threatened David Letterman, urging Muslim followers to “cut the tongue” of the late-night host because of a joke the comic made on his CBS show.

The Site Monitoring Service, a private intelligence organization that watches online activity, said Wednesday that the threat was posted a day earlier on the Shumuka al-Islam forum, a popular Internet destination for radical Muslims.

The contributor, who identified himself as Umar al-Basrawi, was reacting to what he said Letterman did after the U.S. military announced on June 5 that a drone strike in Pakistan had killed al-Qaeda leader Ilyas Kashmiri.

“Is there not among you a Sayyid Nosair al-Mairi … to cut the tongue of this lowly Jew and shut it forever?” Al-Basrawi wrote, referring to El Sayyid Nosair, who was convicted of the 1990 killing of Jewish Defense League founder Meir Kahane. Letterman is not Jewish.

Al-Basrawi, which is likely to be an alias, has made some 1,200 postings to the Muslim website, said Adam Raisman, an analyst for the Site Monitoring Service. The private firm, part of the Site Intelligence Group, provides information to government and commercial clients on what jihadists are saying on the Internet and traditional media. Raisman said the online forum is often used by al-Qaeda.

Muslim extremist groups in the past few months have increased calls for people to take violent action against certain targets in the West, he said.

“The concern is that there is someone who will read it, agree with it and say, ‘I want to be the Sayyid Nosair of 2011 and kill David Letterman,'” Raisman said.

The FBI is also looking into the threat, said Jim Margolin, spokesman for the bureau’s New York office. “We take every potential threat seriously,” he said.

Neither CBS nor a Letterman spokesman, Tom Keaney, would comment on the threat. CBS would not make available a transcript of Letterman’s monologue on the killing of Kashmiri.

Letterman has been the target of criminal threats in the past. A former CBS News producer was jailed for trying to extort $2 million from Letterman in 2009 by threatening to expose the host’s sexual dalliances with members of his staff. A former painter at Letterman’s ranch in Montana was jailed following a 2005 plot to kidnap the TV funnyman’s nanny and son.

A radical Muslim group last year warned the creators of “South Park” that they could face violent retribution for depicting the prophet Muhammad in a bear suit on the Comedy Central cartoon. Author Salman Rushdie spent years in hiding after Iranian leader Ayatollah Ruhollah Khomeini urged he be killed for blasphemy after writing the book “The Satanic Verses.”

Filmmaker Theo van Gogh was killed on an Amsterdam street in 2004 by a Dutch Muslim angered by his film “Submission,” a fictional study of abused Muslim women.