9/11: A tragedy explored through the decade by TV | Inquirer Entertainment
Close
menu
search

9/11: A tragedy explored through the decade by TV 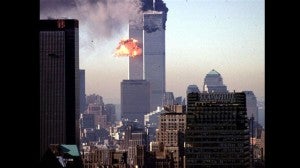 NEW YORK—There was bold talk right after 9/11 that TV would emerge from this trauma sadder but wiser. That TV would be steeled with a higher sense of purpose than had characterized it the previous half-century.

Baloney. Soon enough, the flow of TV programming, including scripted drama and comedy with all their distractions and excesses, defiantly resumed with the rest of life’s daily routine. And yet, the events of 9/11 did play a part in TV storytelling in the decade that would follow. Some of it was cosmetic. Some, just grist for the storytelling mill. And there was some, occasionally, that was meaningful.

The most enduring and often penetrating look at life post-9/11 has proven to be FX’s “Rescue Me.”

A drama with darkly funny overtones, it tells the story of troubled New York City firefighter Tommy Gavin in the aftermath of the terror attacks, when he lost many fellow firefighters, including his cousin and best friend, at the twin towers. Tommy, played by series co-creator and co-producer Denis Leary, is haunted by survivor’s guilt enhanced by his cousin’s occasional “visits” as an apparition that tries to talk sense into him.

The message of “Rescue Me,” reinforced through the seven-season run that concludes Sept. 7, always has been: “Never forget.” Tommy cannot, and “Rescue Me” has been a faithful reminder for viewers.

Before then, and almost immediately after 9/11, the impact of that day was being felt in other TV narratives.

“The West Wing” creator-producer Aaron Sorkin pulled off a remarkable feat within the first month. He wrote and filmed an episode of his NBC drama in time to air on Oct. 3, 2001, exploring the questions and fears thrust on Americans.

Even though the events that inspired that special episode were never specifically addressed, viewers found the Bartlet White House gripped in a familiar state of high alert after the latest of several security breaches. And, in an accident of timing, deputy chief of staff Josh Lyman was stuck in the White House cafeteria in lock-down mode with a group of touring high school students.

“Why is everybody trying to kill us?” one student asked him, articulating worry to which any viewer could relate.

By early November, specific references had crept into dramatic dialogue. “This whole department has been through hell with the World Trade Center attacks,” a fellow detective scolded grumpy Andy Sipowicz on an “NYPD Blue” episode. “You don’t have a corner on personal grief!”

Meanwhile, real life had caught up with TV’s shoot-’em-up, blow-’em-up mentality. Three new series premiering that fall — ABC’s “Alias,” CBS’ “The Agency” and Fox’s “24” — dealt with the CIA battling terrorism. On the premiere of “The Agency,” a terrorist plot involved blowing up the London department store Harrods. And “24” began with a terrorism-bent passenger igniting a bomb aboard a jetliner, then parachuting to safety.

“Emma Brody” was a series doomed by the aftershock of 9/11. Scheduled by Fox in the carefree days of spring 2001, it was created as a jaunty comedy-drama set in the U.S. Embassy in London. Played by Arija Bareikis (later of TNT’s cop drama “Southland”), the lovely young Emma arrived to take a job as a rookie vice consul, fleeing a soured romance and a pushy mother back in America.

By the time it premiered in March 2002, the series had a new name — “The American Embassy” — and was dutifully retrofitted with a grave tone as an issues-oriented ensemble drama. It was axed after six airings.

Conversely, a CBS series that had premiered as an instant hit in fall 2000 seemed further validated in the aftermath of 9/11. “CSI: Crime Scene Investigation” declared that truth — absolute, inarguable truth — awaits those who pursue it with keen-eyed dedication. Hard evidence — blood spatter, hair fibers, body decay, fingerprints — will pave the way to enlightenment. And what fuels the trip? Reason.In a jittery new world of relative values and crippling nuance, where answers (even including the enemy’s identity) seemed scarce, “CSI” struck a weekly blow for Rational Man. (And does so to this day, as the series heads into its 12th season.)

“24,” though conceived and scheduled pre-9/11, resonated with viewers in an unforeseeably cathartic way after the attacks. Agent Jack Bauer was unstoppable in going after each new crop of bad guys threatening the nation, and gave them the punishment they deserved, even as the punishment he suffered in the process often seemed no less severe.

After the twin towers fell, they gained riveting new force as visual symbols of all that was lost. Any trace of them was expunged from some TV shows (such as in the opening titles of “The Sopranos” and “Sex and the City”). Then their shock value was harnessed by the short-lived ABC drama “Life on Mars.” Airing in the 2008-09 season, that sci-fi cop drama transported a present-day New Yorker back to 1973 and showed the World Trade Center as startling evidence of a bygone era.

Further raising the ante, the Fox sci-fi series “Fringe” displayed, and even put key scenes inside, an intact World Trade Center that continued to exist in the current day, but in an alternate universe where the towers were spared in the attacks of 9/11. In July 2005, the FX network premiered a new drama meant to chronicle a direct result of 9/11. “Over There” followed a unit of the United States Army’s Third Infantry Division on its first tour of duty after the U.S. invasion in Iraq.

Back at home in 2005 and 2006, “Sleeper Cell” was a Showtime series depicting Islamic extremists planning fresh attacks on American soil.

It is not a big jump from foreign terrorists to extraterrestrial or supernatural threats. After 9/11, variations on otherness gave viewers the willies. ABC’s 2009 revival of “V” found an advanced alien species descending on Earth to prey on the human race. In the current TNT series “Falling Skies,” mysterious, multilegged aliens and their killing-machine robots lay waste to America.

Zombies have destroyed much of civilization on AMC’s “The Walking Dead.” And on the CW’s “Vampire Diaries” and HBO’s “True Blood,” humans must coexist uneasily with vampires.

Another trend that has flourished of late: playing with time on TV dramas. Television scholar Ron Simon believes it responds to a yearning fed by 9/11.

ABC’s “Lost” made notably groundbreaking (and often exasperating) use of flashbacks, flash-forwards and parallel narratives to suggest that any tale is variable, with no definitive version of the truth at hand. It was a technique later applied, less successfully, in such shows as ABC’s “FlashForward” and NBC’s “Heroes.”

“This addresses the hope that you can relive and change the events of the past,” said Simon, TV curator at the Paley Center for Media. “It doesn’t specifically deal with 9/11, but maybe subconsciously deals with anxiety about the past; that there’s a possibility to journey back and create a do-over.”

But there is no do-over for Tommy Gavin on “Rescue Me,” and that is what continues to plague him in both his work life and personal affairs.

“He WISHES he could forget,” said Horace Newcomb, director of the George Foster Peabody Awards program at the University of Georgia.

Throughout the run of “Rescue Me,” the show’s treatment of 9/11 “honors the event,” says Newcomb, “where other shows use it as a plot device. The series is a powerful reminder of how trauma can wreck every aspect of social order — whether it’s the individual, the family, or the firehouse.”

Early this season, Gavin encountered a window display of 9/11-anniversary merchandise in a New York book store, with a sign that seemed to mock the real victims: “Where were YOU that day?”

Fuming at the sight, Tommy plowed his pickup through the storefront window, then set the building ablaze. At least he would have liked to: His outrageous response was a fantasy sequence.

Leary and his “Rescue Me” co-creator, Peter Tolan, agree that Tommy would take no less umbrage with the likes of their show and its 9/11 theme, especially as it concludes, all too handily, just days before the 10th anniversary.

“He’s going to think, no matter what, that there is some exploitation,” Tolan said.

Tommy will think what he wants. But Tolan and Leary see their show as a lasting reminder of the long-term, so-far-unresolved effects of 9/11.

Not on “Rescue Me.” And not elsewhere on the U.S. television landscape.

This year, the season-long story arc of DirecTV’s legal thriller “Damages” has focused on the abuses of a private security firm hired by the U.S. government to carry out special wartime missions in Afghanistan. Then, come October, Showtime’s “Homeland” examines with its own brand of dread this 9/11 age.

On “Homeland,” Damian Lewis stars as a recently released American POW who comes home from Afghanistan a hero after eight years’ imprisonment. But a CIA officer played by Claire Danes has the unsettling suspicion that this celebrated patriot and family man has been “turned” by his al-Qaeda captors and is primed to carry out an attack against his own country.

“Ten years later, things have become deeper and more complex,” said Alex Gansa, “Homeland” executive producer. “And the heart of this show is really psychological: how America is dealing with that 10-year period.”

While 9/11 did not transform television drastically, TV dramas 10 years later seem less ready than ever to leave it behind. Quite the opposite: Ripple effects of 9/11 radiate into the future for TV storytelling. Forgetting seems out of the question in America.