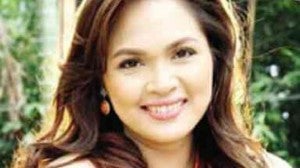 JUDY Anne gets mad when pushed.

Pretty Star and Handsome Consort are the current toasts of Tinseltown. When they headlined a recent show abroad, however, PS and HC realized they needed to work double-time on their popularity among overseas compatriots.

PS and HC traveled all the way to a faraway land for a show that flopped—“big time,” according to a well-placed mole. Apparently, tickets were deemed much too expensive by most Pinoys there. They would not part with hard-earned moolah for so-called “talents” who urgently needed to enroll in singing and dancing lessons.

Be careful about wizened Pinoys who have no patience for on-the-job trainees. 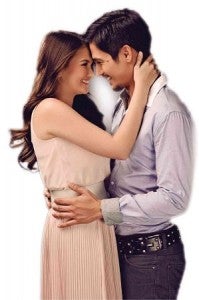 ANGELICA Panganiban and Piolo Pascual’s soap to end its run.

High-Profile Entrepreneur terminated a deal with Local Studio that rented out to LS a posh venue for tapings.

He was shocked when he saw the place trashed. For starters, a spy wailed, “The crew dragged heavy equipment across the floor, ruining the carpet. A glass panel in the foyer was shattered.”

Let’s not even mention what happened to the toilets.

Workers at a salon are scared of Character Actress, who can’t seem to shake off the mean-spirited divas she portrays onscreen.

A stylist refused to deal with CA for fear of incurring the prima donna’s wrath. As a result, CA threw a hissy fit. The hapless stylist got a scolding from CA and from the Big Bosses. 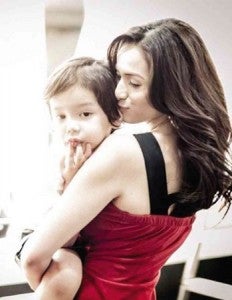 JENNYLYN Mercado, with son Jazz, is one hot mama on a mag cover.

Turned out, CA complained to BBs! CA is one tough customer, on the set and off.

Staffers of a popular series are gossiping about Veteran Performer who, they say, has a  drinking problem.

VP supposedly asks the crew for a few bottles of beer before each take, “to get in the mood.”

Why should they raise a fuss when VP delivers the goods, sober or not?

In fact, VP can do the job, even with eyes half-closed, better than any of her fully conscious costars can. 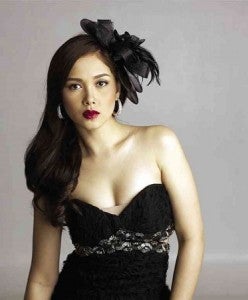 Disturbed Star is spiraling out of control, and friends are worried. Notorious for throwing tantrums, DS has been losing out on plum assignments.

The top show biz news in the Inquirer tabloid Bandera (and why we are moved, if we are moved.) 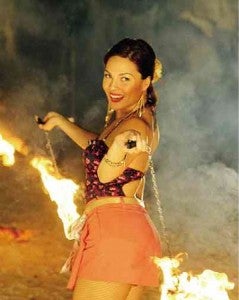 KC CONCEPCION’S pretty face got a beating from costar.

Mukha ni KC nalamog sa mga sampal ni Juday. (A pretty mess, it must have been.) 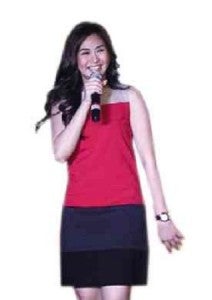