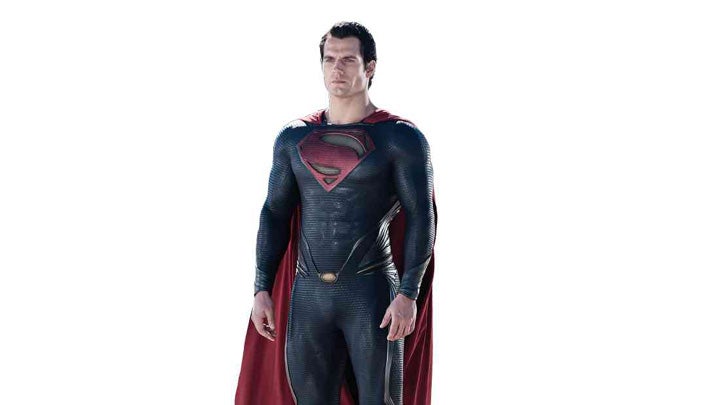 HENRY Cavill: “Everyone will treat me differently because of the (updated) suit.”

“That’s so far going very well,” he said of preproduction for the film adaptation of the 1960s TV spy series with Armie Hammer as costar and Guy Ritchie as director.

“I am very excited about it,” added the actor, who has barely landed as the caped crusader but now he’s stepping into yet another high-profile role. Henry is taking over the role after Tom Cruise had to back out because of production schedule conflict (his fifth “Mission Impossible” will shoot around the same time as “The Man From…”). “I can’t wait to work with Guy and Armie. I can’t tell you any details about the script yet because it’s a long way from development… [but it will still be] about the Cold War. American and Russian super spies join teams to fight international terrorism.”

He and Armie will play the roles originated by Robert Vaughn and David McCallum—as operatives in the United Network Command for Law Enforcement (U.N.C.L.E.).

These big breaks came to Henry after he lost a string of major parts where he was a serious contender—the James Bond role that went to Daniel Craig in “Casino Royale” (Henry was deemed too young), Batman (Christian Bale), Superman (Brandon Routh) and Edward Cullen (Robert Pattinson).

We may describe Henry’s bagging the title role in Zack Snyder’s total reboot of the “Superman” franchise (which also stars Amy Adams, Russell Crowe, Kevin Costner, Michael Shannon, Laurence Fishburne and Diane Lane) a sweet revenge. But the actor is grounded and is not the type to gloat over his recent good fortune.

Henry was circumspect, not bitter, about being called a certain name when he was growing up.

“I was called Fat Cavill at school, mostly because I was fat and my name is Cavill and it still is,” he said of his childhood in Jersey on UK’s Channel Islands.

Henry shook off the weight when he landed his first major role at age 17 in “The Count of Monte Cristo.” And now, he’s the most buff actor to play the man of steel.

He credits his grounded nature to his family. “I have two amazing parents (Colin and Marianne Cavill) who always…[remind me to] do the right thing but do your own thing, always remain humble and thankful for what you get… And the threat from my brothers that they will kick my ass… [if] I am not humble.” He laughed at the mention of his brothers—three older and one younger than him.

“Firstly, every member of my family is my hero—my mother, father and my four brothers,” he stressed. “They have shaped and molded me with love, care and, sometimes, very tough love. I am thankful for all of it.” 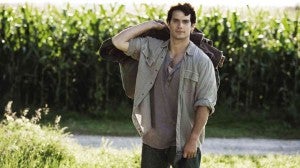 THE HOT new Superman recalls an intense, 11-month training to prepare for his “Man of Steel” role

“It was wonderful,” he said of growing up with four boys. “We fought like cats and dogs, as boys are wont to. We had a rule—never hit each other in the face. Hit each other as hard as you want in the body but never in the face. That allowed us to be very physical. But we set a bunch of ground rules as children. There was always a sense of restraint. You never go past a certain line. It taught me a certain life lesson—yes, enjoy, indulge and stuff but never indulge too much because if you do, then there may be bad consequences.”

New suit
Henry looks like he was born to wear the Superman suit but he said that the first suit made for him didn’t feel quite right. “It wasn’t the actual Christopher Reeve suit,” he explained. “They built a new one. But it was a replica suit. I guess the most uncomfortable thing about that was that I wasn’t in the right shape and it certainly didn’t leave anything to the imagination. So at the screen test, I was a little nervous and I wasn’t looking my best. But when it came to the new suit, I could liken it to when two people cook you the same meal—the same ingredients and you were just as hungry both times you ate them. But one meal was considerably better. That’s because that person put love into the cooking.”

“It’s the same thing with this suit,” he said of the new version made by costume designers James Acheson and Michael Wilkinson. “If the people who made this suit didn’t love and respect the character, the suit wouldn’t have had this amazing physical energy that it had. When I first put the suit on, I didn’t see myself in the mirror. I just saw this energy… [to be a] superhero because of all the thought that went into it.

“The same thing happened with people on the set—they treated me differently. They would see me in my normal Clark outfit and they would be, ‘Hey, Henry, how are you doing today?’ But when I walked in with the suit on, there was a different energy in the room. Everyone would treat me in a different way because of the suit and the energy it gave off. In turn, that made me feel different when I wore it.”

According to Henry, what made a big difference too were his trainers. “Christopher Reeve didn’t have Mark Twight and Mike Blevins from Gym Jones,” Henry said. “Those guys are very special people. They are very dedicated to what they do. They understand the science of training.”

Henry said that how he developed the physique was “a very long story.” Indeed—it was even discussed in an extended promo featurette. “We did it over 11 months,” he began. “It changed dramatically throughout, depending on what I needed to do. I did six weeks of training initially. That was just for me to get used to the workload. After that, I met Mark in LA. He taught me all the techniques. [He said,] ‘If you don’t train in the correct way, you won’t get the same benefits and you will injure yourself.’

“Then we upped the calories to about 5,000 a day. I started lifting incredibly heavy weights that really pushed the body. When you do that calorie mass building stuff, you put on fat as well as muscle. That’s not a great look for Superman so we ‘leaned down’ after that for the suit. Then through shooting, we did some special sculpting stuff, put some attention on the details which we hadn’t quite done before the meeting. Then we did lots of ‘leaning’ for the shirtless stuff.”

Henry will probably get a lot of ribbing from his brothers when they see the “Superman” action figure made in his likeness. “I have seen the doll,” he said. “It’s very surreal to see that and very exciting at the same time.”

Asked to comment about his future as an actor with a potential long-term franchise, Henry answered, “As far as ‘Justice League’ (a film project where the world’s greatest heroes, including Superman, band together) or any (‘Superman’) sequels [are concerned], I would be very keen to continue telling this story, especially with people I have already worked with because I love the character and I love the people I work with.”

But Henry’s down-to-earth nature prevailed as he added, “As far as any reality of that happening, I don’t know. We will have to wait for that weekend (the movie opens June 14 in the United States and June 12 in the Philippines) when it’s released. If the numbers are the right ones, then the button might be pushed and they will go, ‘Okay, start writing and preparing.’ We shall see.”

Read Next
Love, June 7, 2013
EDITORS' PICK
What’s happening to the ICT Industry and its role in helping businesses today
Water remains our saving grace right now
Roque to Del Rosario: Don’t dictate what Duterte should do in West PH Sea row
US Congress bill seeks to halt assistance to PH police, military
AFP chief asks Facebook to bring back pages of ‘advocacy groups’
Siomai King Express debuts with mouth-watering seasonal products
MOST READ
ABS-CBN chairman Gabby Lopez resigns from network, other Lopez-owned firms
Pogo exodus seen to empty more than a tenth of Metro Manila offices, condo units
How can I tell the difference between the flu and COVID-19?
Roque to Del Rosario: Don’t dictate on Duterte what to do in West PH Sea row
Don't miss out on the latest news and information.