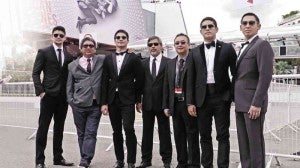 Director Erik Matti described as “a record breaker” the deal scored by his latest film “On the Job” with Well Go USA. Earlier, the film sealed a contract with Wild Side for France. Interviewed by the Inquirer in Cannes shortly after the contract was announced, Dondon Monteverde, Matti’s coproducer in Reality Entertainment, said the French and North American distribution deal fetched roughly US$350,000, for a total of at least P12 million.

It’s the biggest deal that the country sealed in the premiere French festival this year, Matti said. “Reliable sources told us that, in fact, it’s the biggest distribution deal landed by a Filipino film to date,” Matti explained. “It’s six times more than the expected value of the usual Asian film with no internationally renowned stars.”

Monteverde volunteered, “We buy Korean films for Philippine distribution and the amount that ‘On the Job’ has bagged is definitely bigger.”

Well Go USA has yet to finalize the number of cinemas, but “On the Job” will be screened in “at least 12 theaters in the US in the fall,” said Monteverde.

The Well Go USA package “is significant on so many levels,” said Matti. “It proved that given the right script and support, Filipino commercial films can make it internationally.”

The Cannes trip was an eye-opener, said Matti. “Beyond the prestige and recognition, there is also the business side to festivals,” Matti noted.

When they learned of Well Go’s offer, he “jumped for joy,” Matti said, not only because it was a financial windfall, but also because of its personal significance.

“As a filmmaker, I have always attempted to make films that are Filipino but have strong universal stories,” Matti said. “This deal tells us that we are on the right track. We at Reality 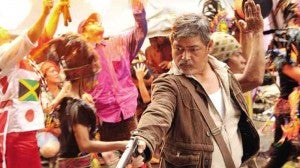 JOEL Torre as a hitman in “On the Job,” which will have local screenings next month.

Entertainment have had misfires in the past. With ‘On the Job’ we found the right balance that can hopefully work both here and abroad.”

Monteverde pointed out that landing major deals abroad would give his group “the resources to make bigger, better films.”

Matti agreed. “I’d like to continue making movies,” he said, “so it’s essential that my projects are sustainable.” He added that he always tries to create intelligent genre films, which others dismiss as selling out.

“Our inclusion in Cannes’ Directors’ Fortnight and the Well Go USA deal prove that genre movies can be done well,” said the filmmaker, an honoree in the first Inquirer Indie Bravo! Tribute three years ago.

The “On the Job” experience offered valuable lessons, Matti said. “I’ve always urged young filmmakers to tell stories that speak to as broad an audience as possible. We keep asking why the indie scene has not gathered a big enough audience to make it economically viable. We should not look down on moviegoers. In fact, we should ask ourselves whether we are relevant to the audiences we want to reach.”

Monteverde said Briccio Santos, chair of the Film Development Council of the Philippines (FDCP), planned to draft the “On the Job” strategy as a template for other local productions that hope to make it internationally.

“FDCP sees ‘On the Job’ as a good business model. It’s made for local release but appreciated by foreign audiences with strong money-making potential,” said Matti. “To be competitive, a movie has to go beyond theme and story. It needs to be well-executed technically, with solid command of the cinematic language.”

“On the Job” will be released in local theaters by Star Cinema in July.