P6.1 M worth of pirated DVDs seized in OMB raids 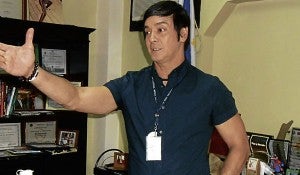 SAN PEDRO, Laguna, Philippines — Members of the Optical Media Board (OMB) and the police Criminal Investigation and Detection Unit confiscated 44 sacks of pirated movies in DVDs worth P6.1 million and two television sets in a series of raids in Manila and Laguna, OMB chairman Ronnie Ricketts said on Monday.

Ricketts led the series of what he said were “surprise” operations on Sunday afternoon along Macapagal Ave. in Pasay City, Las Piñas City, and in Los Baños, Laguna, after arriving from a conference in Thailand last week involving the Association of Southeast Asian Nations-United States Patent and Trademark Office.

The operatives’ last stop on Sunday targeted the stalls along a university road leading to the University of the Philippines Los Baños.

In a phone interview, Ricketts said their office had received reports from residents, who complained they were bothered by the vendors playing loud music and movies.

He said the operation signaled the start of OMB’s “weekend operations, when (vendors) least expected them.”

Ricketts vowed a more intensified campaign against piracy by tapping other state agencies such as the National Bureau of Investigation and local government units.

The confiscated items were brought to the OMB’s office.