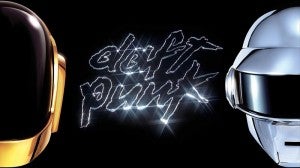 French electronic dance music (EDM) duo Daft Punk have been sizzling up the dance floors and lighting up numerous charts around the world for more than two decades now. Each time they release a new album they not only re-introduce themselves to those already familiar with them, this also gives the younger generation to become acquainted with their music as well. Daft Punk’s musical influence goes beyond the genre they represent. Almost every music critic alive today respects and acknowledges all the contributions they have made to the recording industry.

Thomas Bangalter and Guy-Manuel de Homem-Christo of Daft Punk are now considered to be one of the best in what they do. Proof of that are their earlier studio-releases “Homework” and “Discovery.” The arrangements of the singles from those said first two albums have become the formula for a majority of newer EDM acts to follow. When Daft Punk first got the attention of dance-clubs around the world with their brilliant and evocative brand of dance music, they became one of the hottest acts to follow and to look out for out for in the late 90’s.

Daft Punk is definitely an institution when it comes to EDM. The French duo not only raised awareness about their scene upon their debut but they effectively stretched the boundaries of the genre over the years. They share a common trait among pioneers and mainstays of any genre—genuine artistry—which will always manifest in their music. 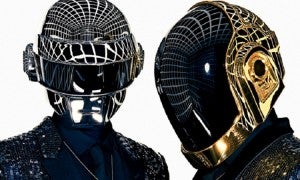 In the case of Daft Punk, their highly acclaimed works were dreamy, passion driven, and a reflection of their own individual personalities. All of their studio releases have been critically praised and received much fanfare.

Daft Punk’s music has an undeniable signature to it. When you hear any modern dance song, you somehow can figure out that it is their work and no one else’s. And how is that possible? Well, there is that thing called passion, then you can detect that behind their songs.

It is more than slick production, the artists they collaborate with, and their intrinsic knowledge of what they are doing. It is knowing where they want to go with their music. Would they want people to still listen to their music 10 years from now?

Obviously Daft Punk have kept these in mind and are well aware of the legacy they wish to leave behind. That is probably one of the main reasons they have lasted this long despite the constant and sometimes dizzying pace of changing trends in the recording industry. 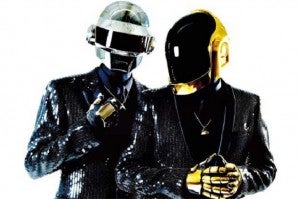 I honestly don’t think they make music just to reach the TOP 40 charts or to be a momentary hit in the radio stations. For them, there is more meaning when you take the time to perfect your work and not rush things. Daft Punk clearly has standards they follow when it comes to their music. That is why each time they release a new album it is critically praised and well received by listeners.

Their latest studio-release titled “Random Access Memories” is a welcome relief from the sometimes “soulless,” redundant, and over-formulaic traits of the state of Dance-Pop music today.

Yes, even dance music can have a “soul” and really should have one. Even if it is digitized and not a single natural instrument is used in making it. It is the manner in which the singles are delivered and how it would appeal to the listener. It is the feel of the song and the intent of those behind its creation that would effectively translate to the listeners liking it or not.

Daft Punk’s fourth studio-release “Random Access Memories” is already available in international markets. “Random Access Memories” debuted at the Number 1 spot, no less, on the Billboard 200! It has sold 339,000 copies in the first week of its release and is currently predicted to reach 600,000 copies by the end of this week. The lead single of that album “Get Lucky” has reached the Number 1 status in more than 50 countries. It is also Daft Punk’s first single to reach the Number 1 in the UK.