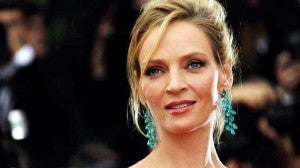 THURMAN. Was named after a Hindu goddess. AP

Coral Amende’s “Hollywood Confidential” blows the lid off the allegedly glamorous world of Hollywood, and bares the movie capital’s seedier side. The book’s blurb says it all: It promises to reveal “what shameful secrets lurk behind celebrities’ bedroom doors—which stars have been dragged out of the closet—what really goes on in the public careers and private lives of the film world’s rich and famous!”

But, all is not lost—because, even as it’s constantly on gossip mode, it sometimes regales us with tantalizing trivia and odd lists, like the famous people or things some stars were named after.

Even more: Did you know that Leonardo DiCaprio was given his name because he first stirred in his mother’s womb when his parents were standing in front of a painting by Leonardo Da Vinci? No, really.

More tantalizing trivia is to be had in the book’s Odd Jobs section, which reveals what starlets did to pay the rent before they became Famous and Rich: Sandra Bullock waited on tables; Courtney Love was a stripper at Jumbo’s Clown Room in Hollywood; Jon Bon Jovi worked at Burger King, Lorenzo Lamas was a fry cook at McDonald’s (as was Sharon Stone, albeit not at the same time); Anna Nicole Smith earned her wings at Jim’s Krispy Fried Chicken—and Brad Pitt tops them all because he once danced and pranced around in a rubber rooster suit as a mascot to promote El Pollo Loco! 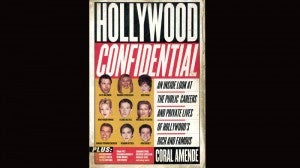 The compilation also features a section on some stars’ early movies that they would most like to forget: Madonna starred in a really tacky flick titled “A Certain Sacrifice,” where she appeared in the buff and French-kissed both women and men.

For his part, Sylvester Stallone played one of the title characters in a soft-core flick titled “A Party at Kitty and Stud’s” (—later retitled “The Italian Stallion” after Sly became a star). And Clint Eastwood played a lab technician in the 1955 screecher, “Revenge of the Creature”— in drag, yet!

Later, the book acquires greater heft and value when it launches into its long and detailed “Oscarama” section, which is replete with behind-the-scenes tidbits, as well as some rather weird “quotable quotes,” led by “the most politically incorrect statement by a nominee, which John Malkovich uttered in 1984 when he was up for Best Supporting Actor for “Places in the Heart”:

“I’m up against two Orientals—one of them an amateur—a black guy, and a dead man!” (For the record, the other nominees were Haing S. Ngor, “Pat” Morita, Adolph Caesar and Ralph Richardson!)