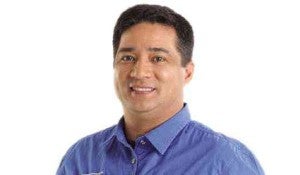 Anjo Yllana is euphoric after winning the elections. He sent me this text message:

“I’m so emotional. It was the third death  anniversary of my brother Robbie on Election Day, May 13. And,  of course, it meant a lot ‘cause I love my hometown, Fairview in QC (Quezon City), which I had to leave [when] I clashed with the Padilla clan. It’s a sweet victory because I only had a  few posters and some were even taken down. And I did not buy a single vote. It was nice to be back and see my childhood friends during the campaign. My brother Ryan also won in Parañaque so it’s a double victory for the family. My Mom is overjoyed.”

Congrats, Anjo! Go give actors a good name in politics.

I immensely enjoyed watching Bromance, which got a B rating from us at the Cinema Evaluation Board. Zanjoe Marudo is in his element portraying twin brothers—one gay (Brandy), the 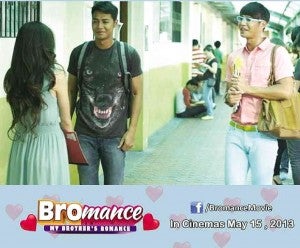 It’s somewhat like Kimmy Dora gone male and gay. It’s hilariously funny without being corny. The entire cast blended well and the timing for the punch-lines was just right.

Stand-up comic Atak Arana (as Mr. Big) cracked me up from start to finish. I am so happy for Atak for his well-deserved break. I remember him telling me about a famous comedian who always bullied him.

The glorious days of that braggart are now over and it’s Atak’s turn to shine. Out with the bad trip, in with the laugh trip  in  “Bromance.” 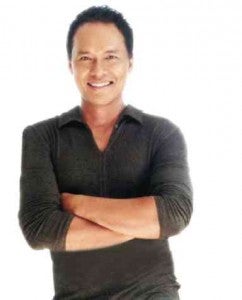 Chad Borja is back on the scene with his new album under Viva Records, “Ikaw Lang, Sa Habang Buhay.” His musical director is no less than the arranger of Sergio Mendez’s albums, Yutaka Yokokura.

“I’m so proud of my album ’cause I got to collaborate with jazz greats like the guitarist of Andrea Bocelli and David Foster,” he beamed. “Yutaka mixed my album in Los Angeles. The sound is so crisp and different. Vehnee Saturno has two compositions, “Babe  I Love You” and “Mahal na Kita.” It (album) includes a jazzed up version of the 80’s hit by Junior,   ‘Yakap.’”

After his bout with the Big “C” (thyroid cancer), Chad’s voice sounds even lovelier the second time around.

The closed-in security of  a foreign celeb, who was in town recently, was appalled because the star was always drunk. It seemed like he considered Manila as one big island so he was always on  party mode.

He flirted with all the pretty young things. At a hip club, he had a “quality control” policy. He only allowed gorgeous girls to enter while plain-looking ones were kept out.

Ahh! The adventures of the Snooty with the Hotties. And the  misfortune of the Notties!