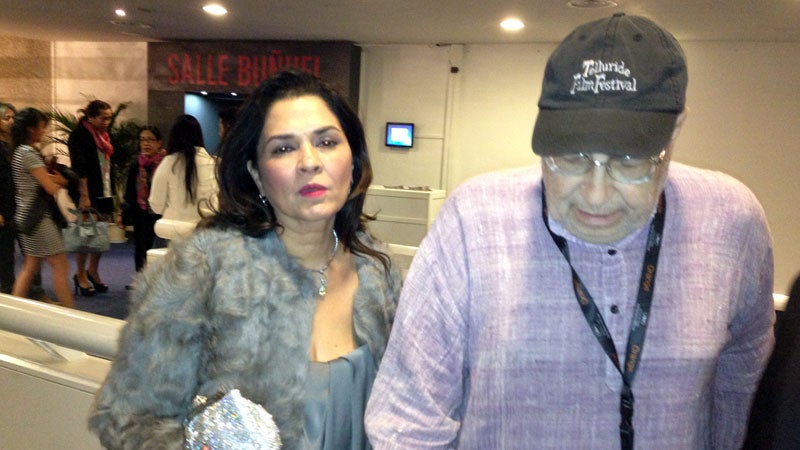 Hilda Koronel is reunited with Pierre Rissient, the Frenchman who brought “Insiang” to Cannes in 1978. Photo courtesy of Tikoy Aguiluz

CANNES – The premiere of the digitally restored version of Lino Brocka’s “Maynila sa mga Kuko ng Liwanag,” which was held on Friday night at the Salle Buñuel of the Palais, boasted lead star Hilda Koronel as guest of honor.

Koronel was flown to France by the Film Development Council of the Philippines (FDCP), which spearheaded the “Maynila” restoration, with the help of Oscar-winning director Martin Scorsese’s World Cinema Foundation (WCF) and the movie’s cinematographer and producer Mike de Leon.

Koronel said she was honored to represent Brocka, National Artist for Film who died in a car crash in 1991.

“Although I am exhausted by the long trip, I am overjoyed to be here,” Koronel told the Philippine Daily Inquirer. “The restoration was impressive.” 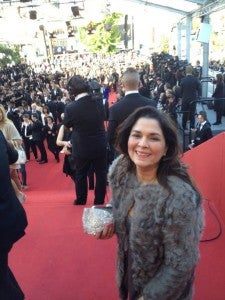 Scorsese sent a pre-taped video message especially for the “Maynila” event. Scorsese praised Brocka as one of the world’s finest filmmakers.

The hall echoed with applause at the end of the film.

“It was a reunion of Brocka’s admirers from the Philippines and all over the world,” said Alix.

“Brocka has always been known for being brave in his choice of themes for his films,” Santos said. Santos commended Brocka for using his talent “to serve the Filipino people.”