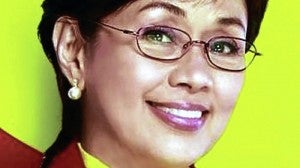 While Batangas Gov. Vilma Santos-Recto’s bid for reelection was a breeze, her perennial movie screen partner Christopher “Boyet” de Leon failed to take the seat of the second district of the province in the House of Representatives, finishing last among three candidates.

Santos, who has over a decade of experience in local politics but remains better known as a movie actress, was proclaimed winner of the gubernatorial race Wednesday, trouncing two independent challengers better known as habitual election losers.

Talent manager Annabelle Rama lost the congressional race in the first district of Cebu City to her rival, Raul del Mar. She conceded defeat on Wednesday, but promised to continue helping the poor of Cebu.

“It’s not the end of my political career,” Rama said. “I shall return.”

Another show biz candidate, Angelica Jones Alarva (UNA) was winning her bid for reelection to Laguna’s provincial board, with 61,598 votes. She was second to front-runner Karen Agapay (independent), who had  99,257 votes.

Sol Aragones (UNA), an ABS-CBN broadcast talent, was likewise on his way to victory in the congressional race in the third district of Laguna, with 80,300 votes against incumbent Rep. Evita “Ivy” Arago (LP), who, with 71, 255 votes, was about 9,000 votes behind Aragones.

The tumultous events on the eve of the balloting involving movie-actor-turned-politician Ramon “Bong” Revilla Jr. and the Cavite police did not stop his wife, Lani Mercado-Revilla, and actor son Jolo from winning their races.

Lani, an actress, won her second term as representative of Cavite’s second district, which covers only Bacoor City. Jolo (Lakas-CMD) was ahead in the race with 394,147 votes, or a lead of more than 150,000 votes over his rival, Jay Lacson (LP), son of Sen. Panfilo Lacson, who polled 231,105 votes.

Actor Jestoni Alarcon was leading the race for the provincial board in the first district of Rizal, with 139,876, assuring him of one of the district’s two seats.

Another prospective winner is composer Lito Camo, who is leading the race for the provincial board in the second district of Oriental Mindoro.

Joining De Leon and Rama on the heap of entertainers whose stars have faded is movie actor Dennis Padilla, who lost his run from the third district for a seat on the provincial board of Laguna.

Actor Emilio Garcia (LP) and Eric Ejercito (UNA), a nephew of former President and new  Manila Mayor Joseph Estrada, were raising the rear in the race for the provincial board from Laguna’s first district.

Character actor Rez Cortez’s run for a congressional seat in the first district of Camarines Sur also ended in defeat. Cortez (UNA) barely had 10 percent of the votes, with 11,834 votes against 67,466 for the leading candidate, reelectionist Rep. Salvio Fortuno (LP), and 37,613 for Felix Alfelor Jr. (NPC).