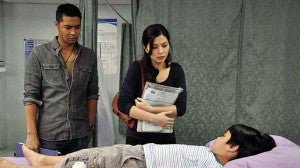 Unlike the nominations in the critics’ Urian Awards, which was dominated by independent productions, the Film Academy of the Philippines (FAP)—the main industry award-giving body—cited mostly mainstream movies.

The FAP’s Luna Awards, now on its 31st year, unveiled its honor roll on its website on Monday.

Olivia M. Lamasan’s “The Mistress,” produced by Star Cinema, led the citations in 11 out of 12 categories—production design was the only category it was left out of. “The Mistress” got nods for best picture, director, actor (John Lloyd Cruz), actress (Bea Alonzo), supporting actor (Ronaldo Valdez) and supporting actress (Hilda Koronel), among others.

In second place are two studio films: Another Star Cinema melodrama, Ruel S. Bayani’s “One More Try,” and the Viva/

Apart from “Bwakaw” and “Sta. Niña,” the only other indie that got in the Luna awards is Brillante Ma. Mendoza’s “Thy Womb,” which got four nods. 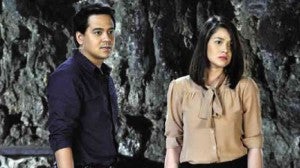 Other mainstream films competing for Luna trophies are John D. Lazatin’s “A Mother’s Story” and Joyce Bernal’s “Of All the Things,” with three nods; Erik Matti’s “Tiktik: The Aswang Chronicles” and Jerome Pobocan’s “Born to Love You,” two; and Cathy Garcia-Molina’s “Unofficially Yours” and Mae Czarina Cruz’s “Every Breath U Take,” one.

Veterans and newcomers share the spotlight in the acting derbies.

FAP has been screening the nominated films for voters since May 7. On May 16, the last day of screenings, members will cast their votes. Date of the awards rites has not been set.