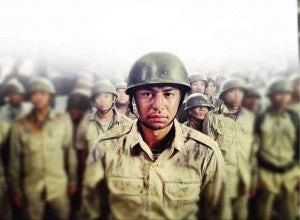 Read Next
Young Carrie Bradshaw is her very own person
EDITORS' PICK
Honolulu Café is the cure for your Egg Tarts and Roastings cravings
House energy committee chair Arroyo bats for cheap electricity
PH detects local transmission of Omicron subvariant BA.2.12.1
Congress canvassing of votes for president, VP to begin May 24
Petition to reverse Comelec decision on Bongbong Marcos’ DQ case reaches SC
Luxe property: A way to build, preserve wealth
MOST READ
Heart Evangelista gets a ‘no’ from Chiz Escudero after asking, ‘Do I deserve a bag?’
CebuPac places pilot under disciplinary review after ‘baseless’ post vs Robredo
Closure order vs Megaworld Corp halted as firm vows cooperation with BIR – exec
Duterte OKs law extending validity of registration, license to carry firearm
Don't miss out on the latest news and information.