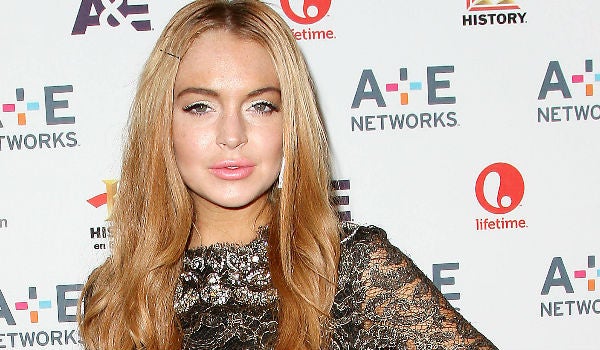 LOS ANGELES — Lindsay Lohan’s whereabouts were unknown Thursday hours after her attorney told a judge that the troubled actress had checked into a rehab facility only to later learn that the starlet apparently never checked in for treatment.

Lohan’s lawyer and publicist did not return messages seeking comment about the actress’ decision to quickly leave a rehab facility that a state official said is not licensed to perform the type of restrictive in-patient treatment a judge sentenced her to undergo.

The Los Angeles Times reported Thursday evening that a prosecutor said Lohan was apparently in violation of her probation after spending only a few minutes at Morningside Recovery in Newport Beach.

Santa Monica Chief Deputy City Attorney Terry White did not return phone and email messages about Lohan’s case, but said after a court hearing earlier in the day that he was “completely blindsided” by Lohan’s decision to check into Morningside. He had previously vetted and approved a different facility, he said.

Lohan’s attorney Mark Heller assured Superior Court Judge James R. Dabney at the hearing that Lohan was getting settled in at the center and got the judge’s tentative approval for the actress to remain at the center while White investigated its credentials.

“My client is ensconced in the bosom of that facility right now,” Heller argued after a prosecutor objected to Lohan’s choice of rehab facilities. “She’s in rehab right now. Nothing bad is going to happen.”

Dabney said during the morning hearing that based on the letter from Morningside, it appeared to meet the requirements of Lohan’s sentence in the case filed after the actress crashed her car in June while on the way to a film shoot. Dabney agreed that Lohan should remain at Morningside.

Hours after the hearing, Millicent Tidwell, acting deputy director of licensing and certification for the California Department of Alcohol and Drug Programs said Morningside is not licensed to perform residential in-patient rehab or addiction treatment and lacked the appropriate license to provide residential treatment or recovery programs.

The facility is certified to provide outpatient services and operates sober living houses, which do not require licenses, Tidwell said.

Lohan’s sentence in a misdemeanor driving case requires her to serve 90 days in a lockdown rehab facility. Her choice of Morningside rankled White, who was given until May 10 to conduct his own investigation of the facility to make sure it complied with the terms of Lohan’s sentence.

Morningside Recovery disputed that it was unlicensed and its director wrote in a statement that it has a 6,300-square-foot facility that provides drug and alcohol treatment.

“We have successfully treated thousands of patients through our program, many of which have been ordered to us by state and federal courts,” Morningside’s CEO Mary Helen Beatificato wrote in a statement. “Our clinical team is highly specialized in the treatment of substance abuse and more importantly, the psychiatric illnesses which often accompany individuals suffering” from chemical dependency issues.

In a letter presented to Dabney on Thursday, Beatificato stated that Morningside was not a hospital-style rehab.

She wrote that Lohan would not receive day passes from Morningside’s programs, would undergo six hours of group counseling a day and be accompanied daily by a sober living coach. She would undergo three hours of individual counseling a week, the letter stated.

The letter did not state where Lohan would live while at Morningside. If Lohan stayed at a sober-living house, the actress could not legally receive treatment while she was at the home.

“While Morningside does not provide its treatment in a hospital-like setting, it does provide the structure and security necessary to ensure Ms. Lohan’s compliance with treatment goals, and, more importantly, court ordered conditions,” Beatificato said.

Tidwell said her agency was considering enforcement action against Morningside based on Heller’s statements, but she declined to elaborate. The agency is pursuing a case against Morningside because it continues to offer residential drug and alcohol treatment programs without a license, and a trial on the issue is scheduled for December.

Lohan pleaded no contest in March to reckless driving and lying to police who were investigating the June accident involving the actress along the Pacific Coast Highway.

The “Liz & Dick” star also was found in violation of her probation in a 2011 necklace theft and sentenced to 180 days behind bars, but her jail term can be avoided if she complies with the full terms of her sentence, which include community labor and 18 months of psychological therapy.

Read Next
I lied about pregnancy during arrest says Witherspoon
EDITORS' PICK
Octogenarian jailed for ‘stealing mangoes’ freed after people chip in for bail
Being a celebrity isn’t wholly an ‘advantage’ in the election, says Sotto
Acer starts the year off strong with the Aspire Vero National Geographic Edition
Over 3 Million worth of prizes to be won at Smart Padala’s SENDali Manalo Promo!
Gov’t eyeing COVID-19 tests in pharmacies
Gear up and get ready to play with Yamaha Mio Gear
MOST READ
Natural immunity more potent than vaccines during US Delta wave—study
Mocha Uson, Michele Gumabao draw flak for running under party-list representing mothers
Bongbong Marcos-Sara Duterte tandem adds Zubiri, Gadon, Marcoleta to Senate slate
Help pours in for octogenarian jailed for ‘stealing’ mangoes in Pangasinan
Don't miss out on the latest news and information.