Album Review: 'Save Rock and Roll' by Fall Out Boy | Inquirer Entertainment

Album Review: ‘Save Rock and Roll’ by Fall Out Boy 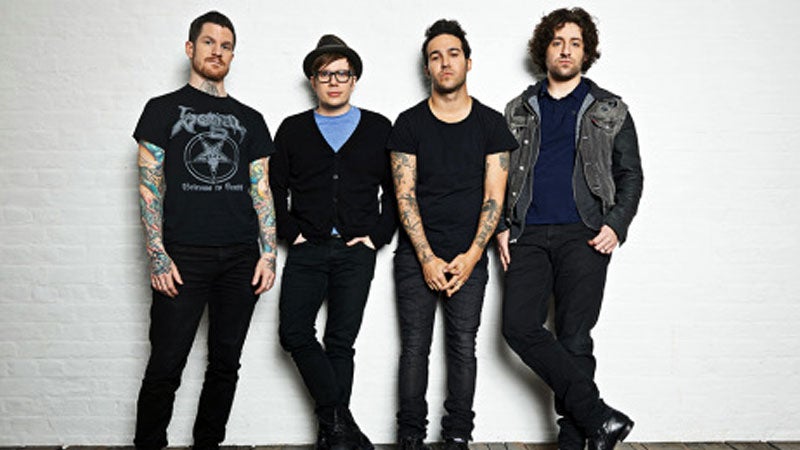 After a 4-year hiatus, Fall Out Boy has finally released their comeback album to much fanfare. In those years they were inactive, the most popular members of Fall Out Boy, vocalist Patrick Stump and bassist Pete Wentz, embarked on side projects with Patrick Stump releasing a solo album. Even when they weren’t releasing new material, FOB still remained a highly popular band. Their fans may have gotten older but FOB’s music is still fondly recalled by many since their earlier albums were influential in the formative teenage years of their followers.

Once labeled as one of the “emo” rock bands that really helped shaped the music scene in the early to mid-2000’s, those said key years seem far behind them now. But the ever evolving music landscape has once again shifted to another direction. And where does this leave Fall Out Boy ? Will the band’s long awaited return still hold weight and mean anything in today’s music ? Now that the scene is leaning towards EDM–with pop sensibilities thrown in to be able to get in to the TOP 40 chart and in contemporary pop radio stations–how will the comeback album of Fall Out Boy fare with their longtime fans? Will this album meet the fans’ expectations? 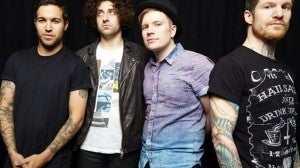 Here is my review of the BEST TRACKS of “Save Rock and Roll”.

Track. 1 “The Phoenix” – is one impressive opener signalling that Fall Out Boy is back and better than ever. Patrick Stump’s vocal dynamics have improved significantly, thanks in part to the side projects he partook of when Fall Out Boy was in a 4 -year hiatus. Powerful thuds of the drums, big choruses, electro-pop beats, and orchestral instrumentals almost make “The Phoenix” feel like a dance-anthem for every FOB fan calling for arms. This opening track packs a punch and immediatley raises the level of intensity to be expected for the rest of the album.

Patrick Stump says it best in this track with this single line repeated over and over again:“Put on your war paint.”

Track. 3 “Alone Together” – Proves that FOB still has angst-ridden lyrics in their veins. Their current sound may have cut the edge out of the predominantly pop-punk sound they had earlier in their careers, but verses like, “My heart is like a stallion / they love it more when it’s broken” prove otherwise.

Track. 4 “Where Did The Party Go” – This is the track where I felt FOB really missed making music together and being able to perform for their fans once more. FOB is a tad bit more dance-rock here and takes the theme of continuing the good old days as they have gotten older with their fans. Their sound here is the closest thing longtime fans will get to hear the old FOB.

Track. 5 “Just One Yesterday” (feat. Foxes) – One of the more interesting collaborations takes place here. “Just One Yesterday” has Louis Rose Allen (of Foxes) work with Patrick Stump. Their vocals harmonise well and complement each other. The “emo” past of FOB is revisited here and can be heard in some parts as Patrick Stump sings about wanting a girl back just to teach her a hard lesson by breaking her heart. That is vintage FOB right there. 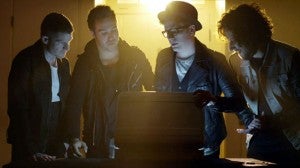 Track. 7 “Miss Missing You” – Sounds like something more in the lines of bands like Cobra Starship and Panic At The Disco would do with its pessimistic lyrics and experimenting style. A generic filler that is worth listening to a few times but which doesn’t really leave a lasting impression.

Track. 9 “Young Volcanoes” – Perhaps the most radio-friendly track–with its boy-band production values–that is almost “One Direction-esque.” With its hand claps and acoustic guitar, this is a kind of track that I thought FOB would never make. But FOB is fearless in their approach when it comes to experimenting and trying to appear as “modern” as they can be.

Track. 11 “Save Rock And Roll” (feat. Elton John) – The album ends with its grandiose title track. With Elton John at the helm and Patrick Stump’s soulful voice on this piano driven-ballad, this track is a befitting melodic closer to an album full of big ideas, different sounds due to its diverse production values, and a clearer direction exhibited by the boys of FOB to deliver all their musical ideas to longtime fans, and even new ones. The fact that they were able to get Elton John to work with them is already an achievement in itself. Is it Rock and Roll? Nope, but the idea behind it, is.

The irony with the title of the comeback album of FOB is that it is anything but traditional Rock and Roll music. The whole album itself is more electro-pop than anything else. The album title suggests more of an ideaology that the band has–it really has to do with being yourself and believing in the music you make regardless of the opinion of others. This attitude that the band embodies throughout the duration of the album is deeply rooted to what made traditional “Rock N’ Roll” great in the first place. “Save Rock and Roll” dishes out an updated version of the signature FOB sound complete with guest spots from some of the current batch of mainstream artists and a few icons like Courtney Love and Elton John. 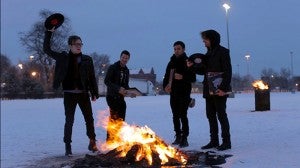 With that said, it does seem to me that the band has a clearer vision of what they want to achieve and a goal in mind that have made “Save Rock and Roll” a cohesive album. I consider their latest release to be both a nod to the beginings of FOB and to the band looking to the future.

In my opinion, they couldn’t have picked a better time to release a comeback album. The four years’ time they were gone from the music scene isn’t that long compared to other bands who have been in “hibernation” for 7 to 10 years and yet still managed to release successful comebacks albums. “Save Rock and Roll” isn’t only a new album for the band but Fall Out Boy has found a new direction, a new sound, and a newly reinvigorated Patrick Stump– all of these should keep the boys around for a little while longer.