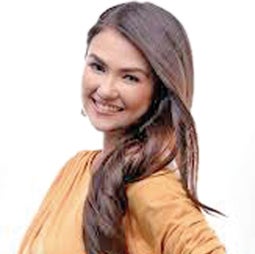 ANGELICA Panganiban jokes about getting hitched.

Industry Bigwig was shocked to learn that Top Actor was a boozer. TA showed up on the set drunk as a skunk and caused a commotion because he passed out.

He was carried out by the crew and driven home by his chauffeur, who claimed that the star merely lacked sleep.

Apart from the unnecessary delay, TA set a bad example for younger costars. IB wondered out loud: Why are the bosses tolerating TA’s misbehavior?

Does success conceal excess, as far as the execs are concerned?

Scandalous Personality set an interview with a TV crew. 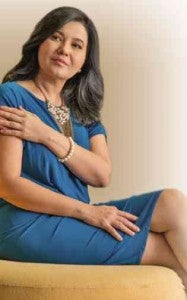 LORNA Tolentino remains hopeful for her son and his ex-girlfriend.

Before turning on the waterworks that made headlines,  SP had the wits to ask: “Do I have a dressing room?”

Perhaps it was because the shoot dragged. The clock ticked ever so slowly and Popular Star, no longer used to the waiting game, grew weary by the minute.

When the cameras finally rolled, PS revealed a mean streak after Showbiz Veteran incurred her ire. 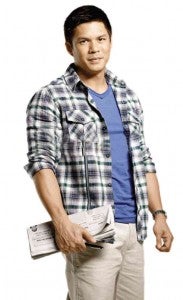 Major Star needs to consult a grooming specialist. Several reporters who’ve had close encounters with MS came close to … fainting, to put it bluntly. They say MS’ dragon breath is much too intense for comfort.

MS also needs a good dermatologist for his oily, pimple-studded face. There’s no excuse for such neglect because MS makes tons of moolah.

Teen stars’ Overbearing Parent is the opposite of well-liked at the workplace. Spy says OP meddles in production matters, often demanding script changes even at crunch time.

Coworkers believe OP is delusional, “acting as if the studio is a personal playground.”

ATLANTA—Reese Witherspoon is “deeply embarrassed” about what she said to police officers during her husband’s arrest in Atlanta.

The Oscar winner released a statement late Sunday, apologizing to police for her behavior, which began when her husband, Hollywood agent Jim Toth, was arrested early Friday for driving under the influence of alcohol.

“I clearly had one drink too many and I am deeply embarrassed about the things I said,” Witherspoon said. “It was definitely a scary situation and I was frightened for my husband, but that is no excuse.” AP

Raymart Santiago on rumors that his marriage to Claudine Barretto is on the rocks: “Hindi naman.” (That sounds like “not really,” instead of “not at all.”)

Mystica on maybe having kids, after marrying her 23-year-old boyfriend: “Kung ’di na puwede, then we have to accept it. But it’s very unfair kung ’di ko siya mabigyan ng anak—it’s my responsibility.” (Last time we looked, it wasn’t a job requirement.)

Bianca Manalo on rumors that she went out on a date with President Aquino: “Na-meet ko po si Mr. President … Wala naman pong ligawan pero nakipag-dinner po kami with him. My sister was with me.” (Do you like video games?)

Sarah Geronimo, asked if being single is better for her: “Opo! Oo naman, no! May mga pagkakataong nalulungkot ka, o naiinggit ka. Pero at the end of the day…” (If we see this phrase one more time … we’ll conclude you’re  quoting from a script.)

Toni Gonzaga on sister Alex’s move to ABS-CBN from TV5: “My kapatid is now a Kapamilya!” Alex, asked by Toni if she harbored any feelings of sibling rivalry: “Wala. Ang laki nga ng utang na loob ko sa ’yo …” (Why can’t Ara and Cristine be like this?)

Alex on what she can offer that Toni can’t: “Edad. Alam naman natin na medyo may edad ka (Toni) na rin. Out with the old in with the new … fresh!” (We spoke too soon.)

Kim Chiu, asked if she and Xian Lim were in a relationship: “Hindi ko masagot ’yan, eh. Pero masaya ako.” (Isa pa ’to.)