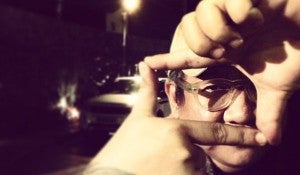 MANILA, Philippines—Erik Matti’s “On the Job” was selected to be part of the Directors’ Fortnight—making it the third Filipino film that will premiere in Cannes next month.

The Directors’ Fortnight will be held from May 16 to 26.

Matti confirmed the news with the INQUIRER in an interview Tuesday.

“It’s an exciting time for Filipino cinema,” he said. “The world will see different kinds of Filipino films. Cannes is a big cinema event.”

The Directors’ Fortnight was established by the French Directors’ Guild in the wake of the students’ uprising in France in May 1968.

According to its site, the goal of the Directors’ Fortnight is “to help filmmakers get discovered by critics and audiences alike.”

Since its inception in 1969, the Directors’ Fortnight has served as “breeding ground where the Cannes film festival would regularly find its prestigious auteurs.”

“It’s heartening to be in the same roster as them. It’s a wonderful validation of our work,” Matti said.

Matti related that “On the Job” was inspired by a real-life corruption scandal that involved inmates being released for a day to work as hired killers for crooked politicians.

In the website Twtichfilm.com, Matti’s film has been compared to the works of Hong Kong’s Johnnie To and Argentina’s Fabian Bielinski—famous for telling stylish, noirish stories filled with drama and suspense.

“I guess it was just the easiest way to describe my film,” Matti remarked. “They are famous names in the crime drama genre. But what makes my film different is it’s not really hard-boiled action. It’s also a character study.”

Meanwhile, Matti’s 2012 horror-comedy “Tiktik: The Aswang Chronicles” will also be screened in the Far East Film Festival in Udine, Italy, from April 19 to 27, and in the New Filipino Cinema 2013, to be held at the Yerba Buena Center for the Arts in San Francisco from June 5 to 9.

Matti was one of the honorees in the first Inquirer Indie Bravo! Tribute three years ago.