Daniel vows he won’t dance, or sing like Bieber 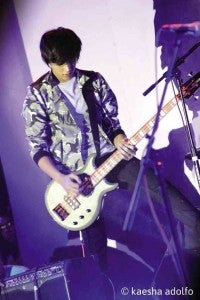 With his first solo birthday concert at the Big Dome on April 30 fast approaching, Daniel Padilla is feeling the jitters.

“Kinakabahan ako sobra (I’m very nervous), but I want to enjoy the experience,” he said. But you never really know with the 17-year-old celeb who most of the time engages in a drawling monotone, and projects himself with rock-star nonchalance. If anything, Daniel’s body language says, “I got this.”

And perhaps for good reason. The publicity machinery boldly reported that VIP tickets to “Daniel Live” were sold out within just two hours of release, and that tickets to the Araneta Coliseum’s other sections were quickly running out.

He’s not much of a singer, Daniel readily admitted, but that won’t likely matter to his herd of dazed teenaged fan girls.

He wouldn’t be caught dead dancing, Daniel said, but promised to give a memorable concert, performing contemporary and classic rock tunes.

“I’ve been having voice lessons… I will do everything I need to do to deliver a good show,” Daniel, who’s turning 18 on April 26, said at a recent press con.

“My band Parking 5 will be there as guests. I’m quite involved in the preparations. My setlist will have 12 to 15 songs,” he added.

Asked if he has dreams of embarking on a world tour after his concert, he said: “I don’t think I’m ready and confident enough… I’m not that famous.”

Daniel’s voice and singing style have been lambasted by critics, as well as talents from other networks he refused to name. But it’s okay, Daniel assured, adding that he thinks he has a unique tone. “I listen to my voice and I don’t think it’s that terrible! Sakto lang.”

As for the other artists poking fun at his voice, Daniel had this to say: “Mag-a-Araneta ba sila? I wanted to tell them, ‘Bakit, double platinum ba kayo? Kasi ako, oo, eh.’” His self-titled debut record has reached double platinum status since its release in May last year.

Not a few of his fans look at him as the local counterpart of pop superstar Justin Bieber. But that couldn’t be farther from the truth, he exclaimed. A tad miffed by the comparison, Daniel said: “Malayo ako kay Bieber, no! I don’t hate him. I just don’t like him. You all know what kind of music I like.”

Given Daniel’s taste in music—Guns N’ Roses, Pearl Jam, Oasis, The Beatles, Scorpions, Led Zeppelin, The Killers, Rivermaya, Eraserheads—is he annoyed that he has to sing pop songs  to please his younger fans? “I’m thankful that my supporters get my music,” he answered.

“I hope more people listen to rock music and not just what’s currently popular. I think rock is a lot more pleasing to the ear,” added the son of Karla Estrada and Rommel Padilla.

The vibe Daniel gives off and the bravado he carries himself with are undeniably—and sometimes eerily—like Robin Padilla’s. Though flattered that people see Robin in him, Daniel said that he also wants to be known for being simply himself. “Ayoko naman na puro comparison na lang kay Tito Robin,” he said.

However, disassociating his image from that of his famous uncle’s can be quite tricky, especially when he naturally or wittingly enforces that bad boy appeal by expressing himself in tough-guy slang. He calls his mom “ermats,” and instead of  “ayos lang,” he says “steady lang.”

As an early birthday present for himself, Daniel splurged on a luxury car—a Dodge Challenger reportedly worth P3 million. And apart from a couple of bass guitars for his collection, Daniel said that he couldn’t ask for anything more. “I wouldn’t be here if I didn’t enter show biz. I believe God put me in this position to help my family… I’ve learned to love my job,” he said.