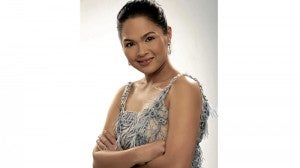 JUDY Ann Santos became a bigger star as an adult.

Child actors and singers are adored by viewers and listeners because they’re such precocious talents. When other kids are still as awkward as heck and can’t even talk straight, some preternaturally gifted children as young as 3 are already performing like pint-sized pros, impressing the socks off people much older than they are!

Trouble is, child performers have to grow up all too soon, so producers really try their best to discover and develop them into bankable stars early enough for them to enjoy long, productive and profitable careers as pint-sized luminaries.

Despite their best efforts, however, child performers still have to face and dread an inexorable deadline, after which natural growth factors take over and propel them into adolescence and puberty, with its radical bodily, mental and psychological changes.

That’s why older child talents are forced, at about age 10 or 11, to take a long break from their “cute” performances until they’ve become lovely or handsome tweens and some of them can resume their performing careers as “crushable” teen talents.

Truth to tell, however, only a few can make the big transition, so the show biz scene is littered with former child luminaries who’ve long outgrown their precocious appeal but still try to find work, even as bit players.

Far more successful have been the few former child sensations who have survived the onus of puberty and have become even bigger screen icons, like Vilma Santos, Aiza Seguerra, Janice de Belen and Judy Ann Santos.

How did they succeed where many others have failed? Their savvy parents, handlers and producers should take a bow because they knew how to slowly but surely “repackage” their gifted wards to suit the evolving tastes and expectations of their similarly maturing fans.

Take Vilma Santos: From “Trudis Liit” to her last screen starrer spans an upward trajectory of more than 50 years, which is the longevity we usually associate with a bank or a food manufacturing firm, not one star’s performing career!

But Vilma and her handlers had done it by serially adjusting her stellar projection to keep up with evolving trends and preferences in entertainment, and thus to keep “surprising” her fans, some of whom have remained loyal to her for decades.

From child stardom, Vilma later resumed her performing career as a teen cutie, then as a young romantic lead with Edgar Mortiz and other young leading men.

Later, she began essaying young-adult roles, then intentionally heated up her screen image so she could do “controversial” movies like “Burlesk Queen.”

Even later, she further reinvented herself as a thespic icon, with films like “Sister Stella L.”

In the process, her stock as a person also went up, so the public similarly supported her exceedingly successful entry into the world of politics.

Would that other former young talents could be as perspicacious and successful on the long term!