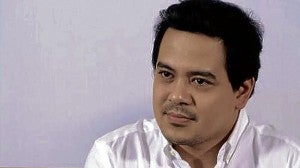 FAVORITE consort of female stars should think of a worthy solo project.

After many years in the biz, John Lloyd Cruz finds himself in the enviable position of being the most preferred screen “consort” of many female stars, like Bea Alonzo, Sarah Geronimo, Angelica Panganiban and Toni Gonzaga.

What makes him so chosen and favored in their view, and what prompts viewers to accept him as the “shifting” male component in different movie love teams?

His “boy-next-door” looks are a “generic” advantage, of course, but scores of other male stars and starlets are similarly blessed, so John Lloyd has had to add versatility to his thespic strengths.

Slowly but surely, he proved his ability to do well not just in romantic screen romps, but also in drama and comedy.

Most stars are known for their “signature” strength, but John Lloyd resists categorization, making him the talent of choice of many directors.

To be sure, the popular actor’s reliability has sometimes limited the effectivity of his portrayals, especially when he’s made to partner less-than-gifted leading ladies.

Worse, he’s expected to help in “mentoring” them to come up with at least possibly entertaining portrayals, instead of just focusing on his part of the thespic challenge.

This added burden has made some of John Lloyd’s performances too safe and generic, but he’s tried to compensate by coming up with edgier portrayals, like the gay character he essayed in “In My Life,” an acclaimed drama he made with Vilma Santos some years ago.

Unfortunately, those “compensatory” performances haven’t come often enough, so in terms of thespic depth and worth, John Lloyd continues to be eclipsed by his contemporary, Jericho 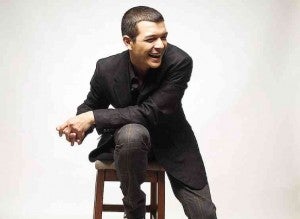 JERICHO Rosales’ career has generally been less prone to compromise.

Rosales, whose career has generally been less prone to compromise.

But John Lloyd can console himself with the thought that he’s more popular than most of his peers—no mean comfort, that!

To make sure that he remains popular as he eases into the third decade of his career, John Lloyd should work harder to keep surprising viewers with unexpected characterization.

He should avoid the facile temptation to take his success for granted, like putting on too many excess pounds for comfort.

Even “eternally cute” boy-next-door types have to keep exciting their fans, particularly when their boyish appeal has ebbed, and needs to be supplanted by a more adult projection.

Perhaps most difficult of all, John Lloyd should soon decide to focus less on successfully partnering female stars, and concentrate instead on strong solo portrayals, with no female star to help showcase and assist!

Even the local screen’s most popular and solicitous “consort” should realize that his own career can’t truly soar if he has to keep worrying about pulling some lesser talents along for the stellar ride!