Franco: from supergroup to power solo 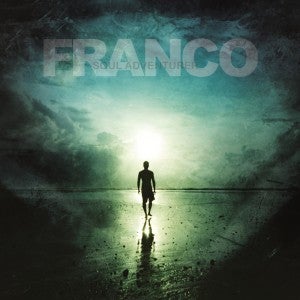 MANILA, Philippines—Fans saddened by the decision of Franco’s big-name members to part ways have enough reason to smile after all. Besides, the acknowledged heart and soul of the group, Franco Reyes, decided to go on with the adventure, only that he’s gone doing it solo.

That however does not mean he’s lost the momentum that glittered the original set-up of the band. In fact, he’s all the more fired-up considering he has something to prove now that his famous mates are no longer in the same stage playing with him.

“Life goes on. Franco was never a superband. It was just a label that people gave us. We we’re just another band from different bands who wanted to jam,” downplays the singer-songwriter.

And prove something he just did, with the release of the 17-track “Soul Adventurer,” which is being counted as the band’s sophomore album. Here, he recorded with a back-up band, no all-star line-up but which kept that artistic credibility that flavored Franco’s self-titled album.

Giant label MCA Music is supporting Franco’s latest set of recordings for a number of reasons. Most important is the fact it believes in the music of the artist, regardless of who’s on board.

Franco is now supported by musicians Paul Canada, Victor Guison and Dave Elfin. He shares, “Paul was an old friend who I jammed with for a long time now. Victor and Dave were recommended by friends of mine. It’s still the same music but only with a different line up. It’s more concrete in a sense of having intact and permanent members.”

In 2010, Franco’s original line-up won an Awit award for Best Performance by a Group for their song “Castaway.” The band dominated that year’s NU Awards after winning “Artist of the Year,” “Album of the Year” and “Song of the Year” for the song “This Gathering.” Franco himself was nominated for “Guitarist of the Year.”

The new album contains tracks with meaningful titles relative to what happened like “What Is To Be Must Be”, “Renewal,” “A Beautiful Diversion,” and “Better Days.” For Franco the second track “To Survive” best represents the mood of the album. 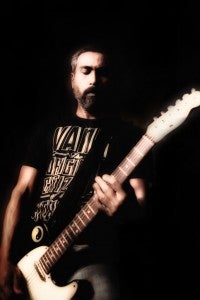 He explained, “That song talks about life experiences that everyone can relate to and how we can make everything positive despite the negativity we encounter daily, on how we can find inner peace and finding our true selves and true purpose in the midst of chaos, and that is to spread love, peace and harmony with everything around us. ‘Soul adventurer’ is like a self-journey to finding what the meaning of our lives and finding inner peace.”

Sound-wise, reggae, rock, alternative and R&B turned out heavily reflected all over the album.

INQUIRER.net is a media partner. (advt)