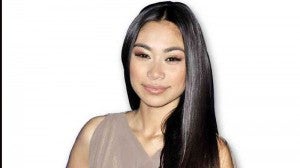 LOS ANGELES—Jessica Sanchez was on the phone, sounding bright and cheerful as she talked about being cast for guest appearances on “Glee.”

“Ryan (Murphy, the show’s co-creator) called and asked me to a meeting,” said the “American Idol” runner-up. After the meeting, she told us, Ryan called again and offered her the gig. “It happened so fast.”

The fast-rising 17-year-old said she took “acting lessons upon learning the good news.” She added, laughing, “Right away!” While she also took dance lessons, Jessica acknowledged that the acting aspect would be the most challenging part of her “Glee” stint because, “It’s the first time I’m doing it.”

By the time this column comes out, the talented Filipino-Mexican-American will have started filming her scenes for two episodes, including the season finale. At the time of our phone interview, the only details Jessica knew about her character was that she’s “a diva singer from a rival school.” She did not know yet what her character’s race is or how different her role’s story line is from that of Filipino singer Charice Pempengco when the latter played a powerhouse vocalist, Sunshine Corazon, on “Glee.”

“I can’t wait [to shoot],” Jessica said. “I’m very excited. I can’t wait to meet the cast.” According to the Chula Vista, California native, it will be her first time to meet another Fil-Am, Darren Criss. 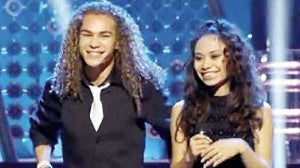 On reports that she will be the love interest of Finn (Cory Monteith), Jessica commented, “Not sure [about that]. That’s a big rumor.”

The young belter looks forward to singing a duet with Lea Michele. We hope that’s in the script. Asked why she was especially looking forward to meeting Naya Rivera, Jessica replied, “Because she is amazing.”

What if she got offered a regular role in “Glee”? She exclaimed, “That would be awesome! Cool!” She admitted that, yes, she wants to actively pursue an acting career. “Of course, I would love to do that,” she stressed.

Of Ryan Murphy, Jessica shared, “I would like to hang out with him. I can’t wait to see him again.”

The “Glee” break complements the April 30 release of her first album, “Me, You and the Music.” Jessica recently made a triumphant return to “American Idol” by singing “Tonight,” the album’s first single, with Ne-Yo. She said, “I was excited to go back to the ‘American Idol’ stage. It was like starting all over. But it meant a lot that Ne-Yo sang with me.”

Jessica added about returning to “AI” which changed her life forever: “It was so amazing to see all the people I collaborated with. I am so very blessed.”

As for the album, she said, “I love all the songs, enjoyed recording them. I don’t have any favorites because everything is different. I will leave it to the audience.”

On her second trip to the Philippines last February to stage a solo concert (her first was with the “AI Live Tour” last year), the powerhouse vocalist said, “It was definitely different from the first time I went. I was blown away the second time. I got to do more things. My concert was packed.” (The show featured fellow “AI” finalist Colton Dixon.)

She emphasized that what made her trips to her mother’s homeland memorable were the people and fans. “They were amazing. There was a little girl who had every single outfit that I wore in magazines. Like a little me. Her family makes replicas of my dresses. I love it.”

She hopes to have time to visit Boracay, Palawan and the Philippines’ other travel hotspots next time. “And I need to go to Bataan,” Jessica added, referring to her mother Editha Bugay’s home province.

That next trip might be in June when she is reportedly scheduled to hold another Manila concert. “That is the plan but nothing is confirmed yet,” she clarified. “It’s not sure yet. But I do plan to be back.” She also hopes to do solo shows in the United States.

Asked about a possible collaboration with apl.de.ap, Jessica answered, “Of course. That would be amazing. I did a commercial (for Smart, a telecom firm) with him.”

She is thrilled about her future in the music field: “It’s everything that a girl would dream of—to sing in front of many people and travel the world. I want to make that happen.” According to the talented teen, her boyfriend and fellow “AI” season 11 contestant DeAndre Brackensick, is just as glad about her career breakthroughs. “He is happy for me,” she said.

Jessica hopes that five years from now, she will still be “traveling the world, singing, being happy and everything.” Of her journey thus far, she gushed, “It has been amazing. I am so blessed with everything in my life. I am grateful for everything. I can’t wait for what else the future holds for me.”

(E-mail the columnist at [email protected]m. Follow him at http://twitter.com/nepalesruben.)