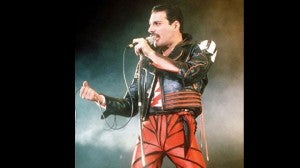 LONDON– Queen singer Freddie Mercury disguised the late Princess Diana as a male model and smuggled her into a notorious gay bar, according to a memoir serialised in Britain’s Sunday Times.

Comedian Cleo Rocos describes in her book “The Power of Positive Drinking” how she, Mercury and fellow comedian Kenny Everett dressed Diana in an army jacket, cap and sunglasses for a night out at the Royal Vauxhall Tavern, south London, in the late 1980s.

“When we walked in… we felt she was obviously Princess Diana and would be discovered at any minute. But people just seemed to blank her. She sort of disappeared. But she loved it,” said Rocos, who co-starred in Everett’s television show.

She said she did not know whether Diana was propositioned in the bar in her guise as a male model, but added: “She did look like a beautiful young man.”

The presence of Mercury, Everett and Rocos diverted revellers’ attention and Diana was able to order drinks undetected, Rocos recalled.

Diana, the ex-wife of heir to the British throne Prince Charles, lived under the glare of the paparazzi and died in a car crash in Paris in 1997, pursued by photographers.

Mercury, loved for his spellbinding live performances and enduring Queen hits including “Bohemian Rhapsody”, died in 1991 aged 45 of an AIDS-related illness.