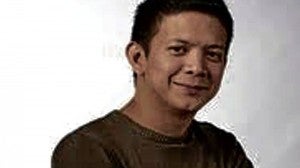 MANILA, Philippines – Senator Francis “Chiz”  Escudero on Thursday fired back at Heart Evangelista’s  parents, cautioning them against using their  wealth to humiliate him.

In a statement issued in Naga City, Escudero denied  the allegations hurled at him by the celebrity’s parents and claimed his family is also being affected  by  the controversy.

Escudero said he treated Heart and her parents with utmost respect. The parents knew this but still they are keen on “keeping us and apart.”

The Team PNoy guest candidate for senator said the controversy is already causing tension in his family.

(The controversy is beginning to affect my mother. My father has just passed away and I’m being made to appear I was not properly brought up and learned no manners.)

He said he is also a parent but he would not hurt  others just to prove he care for his children.

And if he would have any  conflict with a member of his family,  the senator said he would keep it very private.

(This is painful for Heart as she loves her parents so much.)

(But Heart is in the right age and mind and she can decide for herself without being influenced by others. No one should interfere in her affairs.)

Saying he was also hurt by the controversy, Escudero urged the public to respect the decision of his girlfriend and refrain from aggravating the dispute by making irresponsible comments.