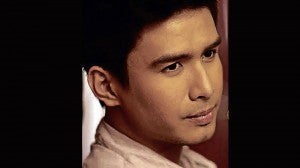 MANILA, Philippines—Singer-actor Christian Bautista on Wednesday has signed a three-year guaranteed contract with GMA network that would allow him to appear on the noontime game show “Eat Bulaga,” among other Kapuso programs.

Christian would soon be part of the Sunday noontime variety show “Party Pilipinas,” as well as of an upcoming drama series, according to a source inside Stages, the talent group that manages Christian.

The former ABS-CBN contract artist would also be seen weekly on “Eat Bulaga” as well as on the show’s counterpart in Indonesia on an “irregular” basis. His future exposure on “Eat Bulaga” played a “big factor” in the singer-actor’s decision to transfer to GMA network, the source said.

Christian will release an album under Universal Records in Indonesia in May.

The source also said Christian would miss his ABS-CBN family, adding that the singer-actor personally spoke with each members of “ASAP 18” to bid them goodbye. “He did everything properly,” the source stressed.