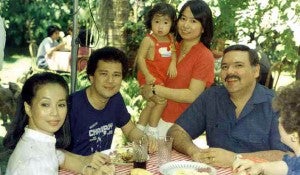 HERRERO was a “big, passionate man.” COURTESY OF GIRLIE RODIS

Herrero, who passed away in Rochester, New York, on Friday (Manila time), was diagnosed with diabetes at age 30. Still, show biz colleagues related, he managed to live a full and fulfilling life until his passing at the age of 69.

He was a true-blue foodie, for one. Mitch Valdes, costar on “Champoy,” also a groundbreaking gag show, said: “He was a big, passionate man with big appetites. A gentle giant.”

“I enjoyed attending meetings in his house because of the excellent Spanish dishes,” reminisced actor Joel Torre, who started as a production assistant on “Champoy,” which ran from 1979 to 1985.

Herrero owned a Spanish restaurant called Señor Subas along E. Rodriguez, according to Jun Urbano, who directed some episodes of the show. “We would hang out in his home or his restaurant. His wife (Maripaz) is a great cook.”

“Our restaurant was right next to our old house,” Choy volunteered. “I loved the paella and lengua in his restaurant,” said Tessie Tomas, another “Champoy” cast member.

Even so, his son insisted, Herrero was extremely disciplined. “I never saw him eat the candy bar Baby Ruth, which was his favorite, after he was diagnosed with diabetes.” It would seem that, for Herrero, self-control was the flip side of passion.

Singer-actress Lea Salonga recalled that Herrero was a last-minute replacement as her father in the stage musical “My Fair Lady” in 1994. “I remember laughing every time I had to rehearse with him, and how much fun he was to watch from the wings. He was a total pro who never lost his sense of fun even while working. And he must’ve worked doubly hard because he had so much catching up to do.”

Compassion was another trait that colleagues singled out. Gallaga said: “He was always concerned about his friends.” 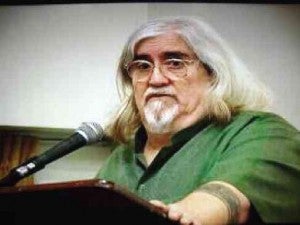 Cherie Gil, still another “Champoy” costar, said: “He gave the best bear hugs. He constantly blurted out the ‘Champoy’ family’s pet name for me: Chichi… Even if he had nothing to say, he would call out my nickname, with a big smile.”

Tomas was a greenhorn when she joined “Champoy.” “Subas was always supportive,” she said, generous with praise for her Amanda Pineda monologues. “His encouraging words meant the world to me.”

“We were like family,” said Gary Lising, also a “Champoy” alumnus. “I knew him for decades—since high school. We met during glee-club rehearsals.”

Herrero and “Champoy” partner Noel Trinidad met in Grade One. Trinidad surmised that “Champoy” clicked because they were friends on and off the set.

A piece of trivia: Trinidad said he named their tandem after a Chinese champoy (plum fruit preserve) brand Fat and Thin, since he was slim and Herrero was chubby. He said friends had convinced them to team up as a comic tandem after they starred in the 1976 movie musical “Sinta!”

He hit it off with Herrero instantly, Trinidad said. “We were Ateneans and we preferred intelligent comedy. We shunned slapstick and toilet humor.”

They once got in trouble with the Board of Censors because of a comedy sketch. “We cracked a joke on the Katipunan revolutionaries on ‘Champoy’ and we were reprimanded by the board.”

Toward the end of the gag show’s run, Trinidad felt that the network (RPN 9), which had close ties with the Marcos regime, started pulling out its support from the gag show. “That’s why, as producer and creator, I decided to end it.” 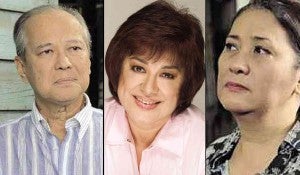 SUBAS’ “Champoy” family, including (from left) Noel Trinidad, Mitch Valdes and Tessie Tomas will all miss him. PHOTO COURTESY OF SIGFREID BARROS SANCHEZ

Herrero top-billed a short-lived sitcom, “Mr. Prime Minister,” which was deemed too political by the powers-that-be.

Trinidad and Herrero were among the artists who recorded the Edsa revolution anthem “Handog ng Pilipino sa Mundo” in 1986.

Actress Carmi Martin, who worked with Herrero in stage plays, remembered him as a jolly man. “He was funny and always cheerful.”

Even in his final days, he never lost the vaunted sense of humor. “He loved to e-mail hilarious, even embarrassingly corny, jokes,” Gallaga revealed.

Herrero was a versatile performer, too. “Although he was previously known as a comedian, Subas delivered a powerful performance as a villain in my film ‘Pakawalan Mo Ako,’” recounted filmmaker Elwood Perez.

Actress and Batangas Gov. Vilma Santos, star of that 1981 movie, asserted: “No one can deny the extent of his contributions to both the movie and television industries.”