Catchy tunes heat up the airwaves 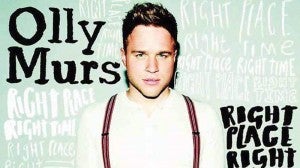 Things are beginning to heat up as summer approaches—and we’re not just talking about the weather. Psy has had his time with “Gangnam Style,” especially after it toppled Justin Bieber’s “Baby” early this month as YouTube’s most watched video— with more than 1.4 billion views!

Billboard’s current No. 1 single, DJ Baauer’s “Harlem Shake,” is just as catchy—and goofy. In fact, its novel trek to the top began long before the K-pop anthem took the music world by storm:

Ironically, “Gangnam Style” has never reached the No. 1 spot on the Billboard 100 (it peaked at No. 2, a big frustration for Psy), but it’s been on the singles chart for 27 weeks, while “Harlem Shake” is just on its fourth! 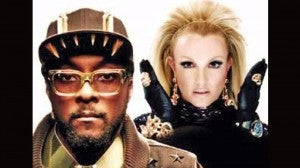 WILL.I.AM AND SPEARS. Sing about “letting it all out” and “losing control.”

In the Autotune-fueled electropop anthem, “Scream & Shout,” Britney Spears sounds just as kooky, as she sings about “losing control” and “letting it all out” with The Black Eyed Peas’ will.i.am.

The dance diva is almost unrecognizable in her digitized voice, but she obviously has had no trouble relating to its “dance-the-night-away” theme. 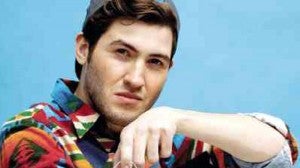 On the local music scene, newbie Sebastian Castro is gaining some buzz for his pink-themed single, “Bubble,” which has been generating interest not only for its infectious hooks, but also for its naughty video and kitschy lyrics: “Nothing much/ Just a touch/ I’m still straight, and you are, too/ I’m still a bro/ It didn’t mean anything/ So, who has to know?”

Another recording artist who deserves more time on the airwaves is John Rendez, Nora Aunor’s controversial pal who recently released his latest album of hip-hop and rap tunes, “MetalDog,” whose 11 tracks include the groove-heavy “There Can Only Be One,” “Kembotan” and the intriguing “Plastic Pala.”

In the recording’s liner notes, Rendez says he’s grateful to the people “who play my songs—and to those who believe only half of what you see…and none of what you hear.” After thanking the Superstar (for her “support and friendship”) as well as her avid fans, he thanks four of Aunor’s kids: Matet, Kiko, Kenneth and Ian.