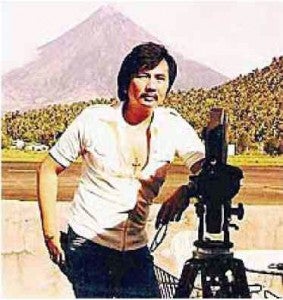 THE MAVERICK filmmaker on the set in Albay

Such a spontaneous shooting style was Zialcita’s trademark throughout his three-decade career, industry colleagues recalled upon learning of his passing on Sunday. He was 72.

Eddie Garcia, who played Cuneta’s father in “Dear Heart,” recounted that Zialcita’s assistant director would hover behind him, a ream of yellow pad paper on hand, “jotting down lines of dialogue as they came to Danny. He was brilliant.”

“Sometimes he would ask us, the actors, to write down our own lines as he dictated them,” said Janice de Belen, who starred in Zialcita’s 1980s movies “Nagalit ang Buwan sa Haba ng Gabi” and “Bakit Manipis ang Ulap.”

The stable of actors who regularly worked with him thrived on the free-wheeling, playful on-set atmosphere.

“He allowed me to ad-lib a lot, but I had to stay on the same wavelength as he was,” Gloria Diaz, a Zialcita favorite, related.

Nora Aunor and Vilma Santos in “T-Bird at Ako”

Liberty Ilagan, who starred in Zialcita’s second film, “Masquerade,” in 1967, recalled, “He made things up as we went along. Being on the set with him was always fun, like being in a game and you had no idea what would happen next.” Zialcita put her in a coffin for one scene and “insinuated  that it was a used coffin,” she said.

Another frequent collaborator, Liza Lorena, found him “so easy to work with, so relaxed. He was ahead of his time.”

De Belen thought the filmmaker just a tad quirky.  “He refused to shoot until everything was perfect. And he wouldn’t drink anything but Coca Cola.”

Garcia agreed: “He could finish off an entire case in a day.” The actor noted that Zialcita well knew the affluent world that he chronicled in his glossy adult dramas. “He was rich, and thus familiar with the lifestyle.” 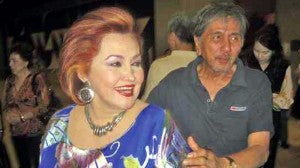 De Belen remembered, wistfully: “He introduced me to paintings.”

Lorena said Zialcita invariably gave his stars the VIP treatment on the set. “He spoiled us. We always asked him to treat us to Japanese food.”

But though he was from a wealthy clan, Zialcita was approachable, Diaz insisted. “He seemed snobbish, but in truth he was generous—constantly praising his actors and crew. He allowed his staff and stars to shine. He was so kind, that he produced several movies to provide jobs for his staff and stars.”

Batangas Gov. Vilma Santos told the Inquirer: “I learned a lot from him. He popularized crispy, witty dialogue that sounded very natural. He was intelligent and clannish. He liked working with the same set of actors. I felt privileged to be among his regulars.” 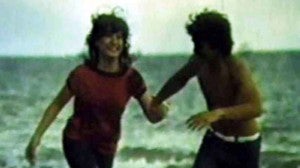 Told about the news, Aunor said that, apart from “T-Bird at Ako,” she guested in a Zialcita movie that launched singer Kuh Ledesma in 1982, “Tinimbang ang Langit.”

Cuneta, who was vacationing in Thailand at the time of Zialcita’s death, told the Inquirer via SMS: “What a waste of talent. He was sweet and great to work with. He will be missed by show biz, as he was in a class of his own.”

Abuel concurred, “The industry will miss his talent, his daring to create his own genre.”

Viva producer Vic del Rosario told the Inquirer in a phone interview: “He was one of my favorite directors. His movies have stood the test of time.”

His 1980s films were such classics, Del Rosario said, that Viva continues to remake them. “I acquired several titles from him. We are now working on a remake of ‘Nagalit ang Buwan sa Haba ng Gabi,’ under director Andoy Ranay. We will dedicate that movie (retitled ‘When the Love is Gone’) to him.”

Del Rosario volunteered that Viva’s latest box-office hit, “No Other Woman” was a reimagining of Zialcita’s 1981 film “Langis at Tubig.”

“Danny often hung out in the Viva office,” Del Rosario said. “We would throw ideas around. He was a genius, a creative force. He never ran out of exciting concepts. He stopped visiting us only last year, when he got ill and became bedridden.”

Observers said the high life seemed to have caught up with Zialcita. Even so, Diaz was certain she would always remember him fondly: “He was more than a mentor and director to me; he was a friend and a brother.”

Zialcita was married to former Premiere actress Leonor Vergara whose most popular film was  “Pitong Gatang” with Fernando Poe Jr. in 1959.