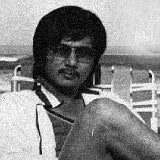 MANILA, Philippines—Filmmaker Danny Zialcita passed away on Sunday, according to industry insiders.

The Philippine Daily Inquirer learned of the news during a meeting of the Nagkakaisang Manggagawa ng Pelikulang Pilipino on Tuesday.

Actor Rap Fernandez, son of actress Lorna Tolentino, posted the news on his Twitter account on Tuesday as well.

Zialcita was 72, according to Ronald Arguelles, channel head of Cinema One. Zialcita received a lifetime achievement award from Cinema One in 2009.

He was also credited for introducing singer Sharon Cuneta to the movies via the 1981 teen romance “Dear Heart.”