The perils of (extreme) professionalism 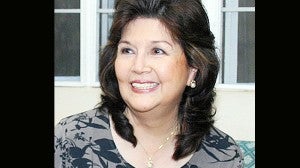 Last week, we learned that Boots Anson-Roa had a most unusual experience while taping her “coma” scenes in her teleserye,  “Minsan Lang Kita Iibigin”—truly one for the books: In one sequence, her character was at death’s door, so a doctor was called in to perform CPR and use a defibrillator to revive her.

Well, the guy was a real doctor, not an actor (to make sure that the procedures would be properly performed)—and, because he wanted to do a credible job, when the director shouted “Action!,” he was so overly-enthusiastic in performing CPR on Boots that he unintentionally bruised her chest area!

To make things worse, being the compleat thespic professional she is, Boots endured the pain inadvertently inflicted on her throughout the long take with absolutely no reaction (because her character was comatose), until the director ended the take—whereupon she finally shouted out in great pain and everyone belatedly realized what had happened.

Fact is, when we first heard the story from somebody else, our first reaction, knowing Boots well, was that she had endured the unendurable—because she was that disciplined a performer.

True enough, when we were finally able to talk to Boots about it, she admitted that she bore all that pain because she didn’t want to “ruin” the take, since there were three cameras rolling. Of course, we “chided” her for her total commitment to the thespic arts, way beyond the call of “duty, beauty and cutie” (joke). —But that’s the way Boots is, she gives everything she does her all—even when “Ouch! Aray!” is absolutely called for.

Anyway, Boots says the doctor was profuse and abject in his apologies, other doctors and additional medical equipment were swiftly called in, she was given a thorough examination—and thank goodness, no bones were broken. But, her chest area was battered and blue, and to this day, she’s still feeling a bit bruised.

Again being Boots, however, she’s decided to forgive and forget. What about her character on the show? Her “death” scene has already been shown, including “that” one-for-the-books CPR sequence, and the teleserye itself is winding up before the month ends.

What comes after that? Boots is getting used to living in a condo, has new plans for her husband Pete’s Prime Foundation, and is considering some new teleseryes and other shows—none of which, we trust, involve CPR procedures, defibrillators and such!