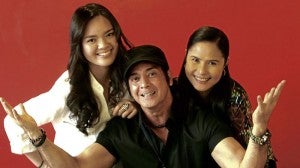 Action star and Optical Media Board chairman Ronnie Ricketts finally put together his own “Sona”—or rather, “Soda,” for “state of the DVD address”—more than two years after assuming the post.

At a lunch in a Quezon City restaurant on Tuesday, Ricketts presented the 2013 Special 301 Review of the International Intellectual Property Alliance (IIPA) dated Feb. 8.

According to the review, the Washington-based coalition removed the Philippines from the watch list but included it on a “special mention” list, along with Hong Kong, Malaysia, and Taiwan.

The Intellectual Property Office and OMB were lauded in the review for “taking novel and effective approaches to dealing with piracy in the Philippines.” The review added that the two agencies, with the help of the Philippine National Police, “closed several once-notorious piracy markets in Metro Manila, and appear poised to make more progress in Manila and beyond.”

The review singled out Quiapo in Manila, St. Francis Square in Mandaluyong, and Makati Cinema Square in Makati  which “evidence the will of the Philippine government to tackle piracy and create space for legitimate creative business to grow.”

But the review pointed out that certain issues remained to be addressed that merited its inclusion in the “special mention” list. The IIPA observed: “Illegal commercial-scale photocopying of (books) and textbooks… remains as the predominant problem in the Philippines. Internet piracy remains an emerging issue in 2012.”

What did Ricketts and his OMB team do different this time?

“Let’s just say my style involves reaching out more to our Muslim brothers,” Ricketts said. “After our raids, we often return to the place and, together, [the displaced merchants] and the team discuss livelihood programs so they can go into alternative legal businesses.”

Ricketts was confident that the Muslim community would support his new movie, Viva Films’ action-comedy “The Fighting Chefs,” which premieres on March 6. It also stars his 18-year-old daughter Marella, and TV chef Boy Logro.

Read Next
‘Pretty Little Liars’ star likens love, fame to ‘thrilling roller-coaster ride’
EDITORS' PICK
Geek out at TOYCON 2022 powered by Smart Signature
UK’s Boris Johnson will resign, BBC reports
High-risk pregnancy: Reducing your risk is in your hands
House energy committee chair Arroyo bats for cheap electricity
High inflation: Your P1 is now worth only 87 centavos
Unemployment rate up to 6% in May
MOST READ
Suspect in grisly killing of missing woman in Bulacan arrested
Hong Kong suspends flight bans as it eases COVID-19 rules
Kim Atienza’s daughter flaunts bikini body in response to critics of her ‘revealing photos’
Cop slain in Isabela ambush
Don't miss out on the latest news and information.